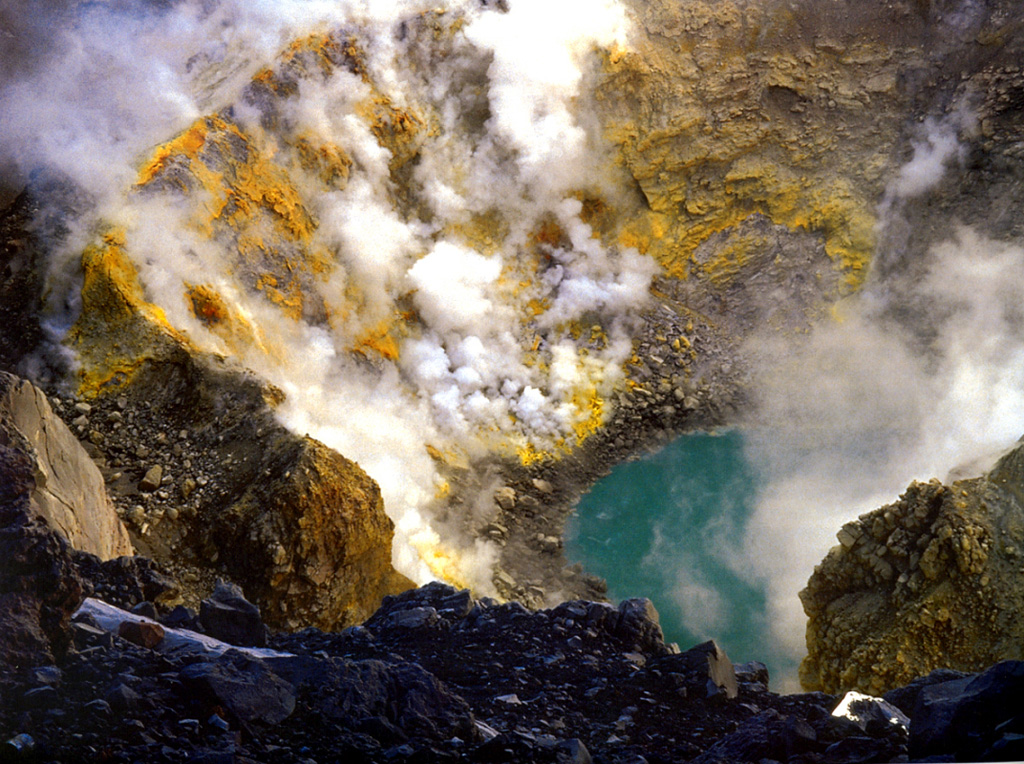 Gas and steam emit from fumaroles on the sulfur-encrusted crater wall of Popocatépetl seen here in 1993, prior to the eruptive activity that began in December 1994. The east floor of the crater contained a smaller circular crater about 200 m in diameter and 50 m deep. A small lake about 40 m in diameter and 10 m deep, which varied in size seasonally, contained warm water (29°C) in 1986. By February 1994 the lake temperature had risen to 65°C.