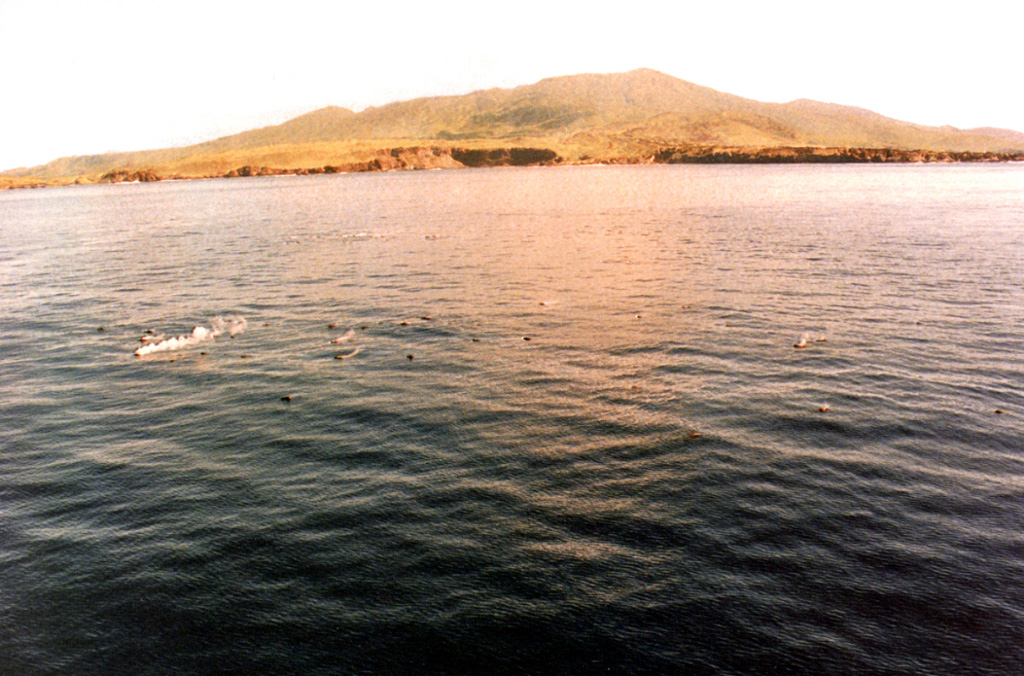 Trails of steam in the foreground rise from floating scoriaceous clasts during a submarine eruption off the west coast of Socorro Island in 1993. The eruption, from vents about 3 km NW of Punta Tosca, was first observed 29 January 1993 following ten days of SOFAR (SOund Fixing And Ranging) signals recorded in Hawaii. Large scoriaceous clasts up to 5 m in size floated to the surface without associated explosive activity. Floating masses of hot scoria were erupted until at least the end of February 1994.