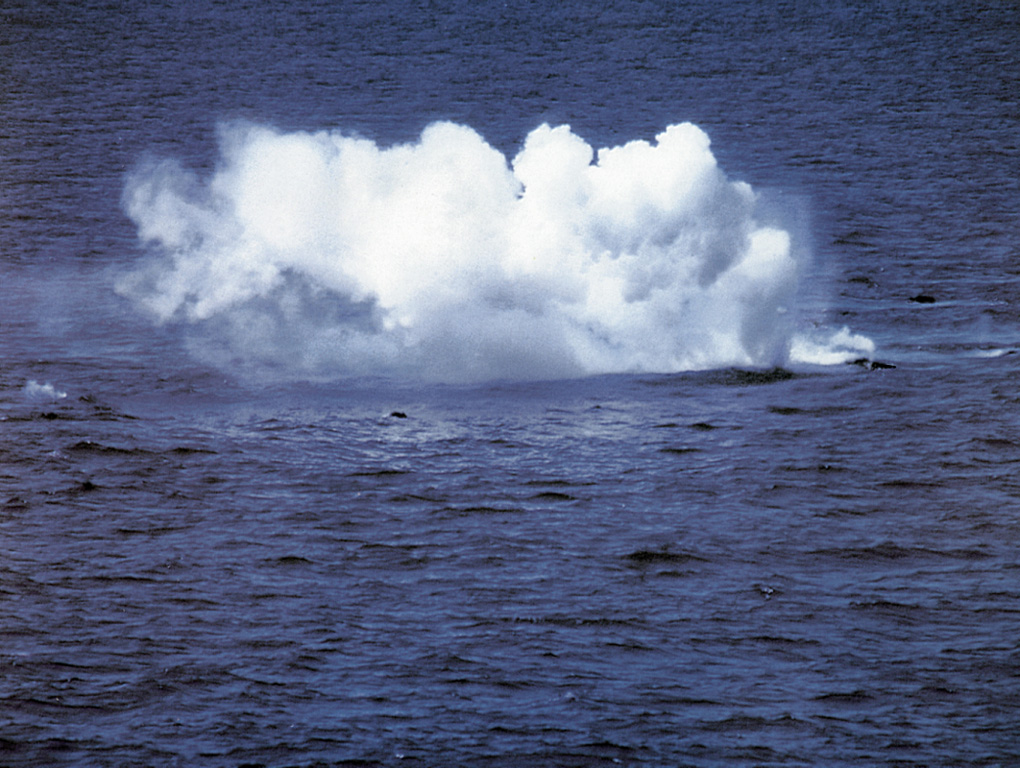 During a submarine eruption that was first observed on 29 January 1993, small explosions were produced when floating hot rocks fractured and their hot interiors came in contact with sea water. Large blocks of dark-gray, highly-vesiculated basalt up to 5 m in diameter rose to the surface. During individual pulses at irregular intervals, tens of blocks accompanied by bubbles could be observed rising through the water column. The blocks emitted loud hissing and crackling noises from thermal expansion prior to breaking up into smaller pieces and sinking.