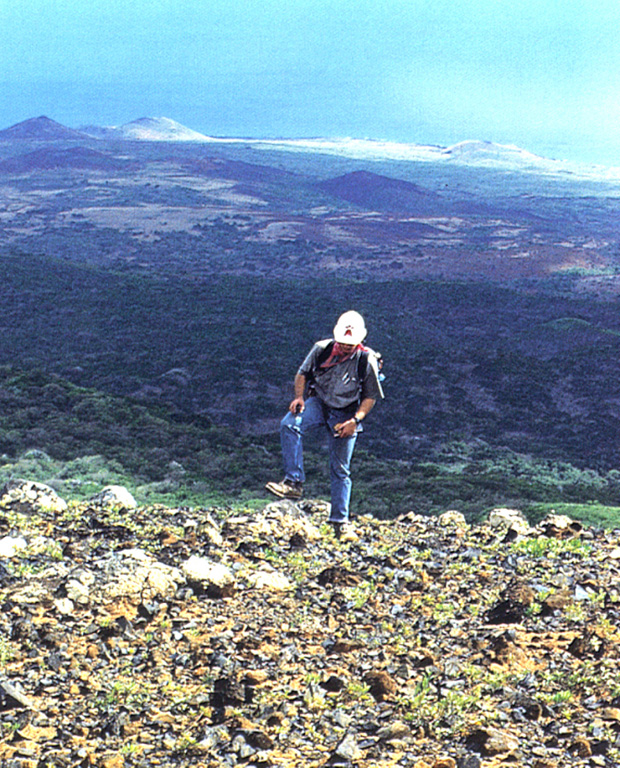 The Lomas Coloradas cones along the SW coast of Socorro appear in the background behind a geologist near the summit of Cerro Evermann. A brief phreatic eruption apparently occurred from a scoria cone west of the Lomas Coloradas on 22 May 1951, witnessed from a yacht offshore at Caleta Binner. During a 5-10 minute period, a plume sequentially incandescent, black, and then white rose a short distance above the cone, and clasts fell around the cone. The plume eventually reached a height of about 1,200 m.