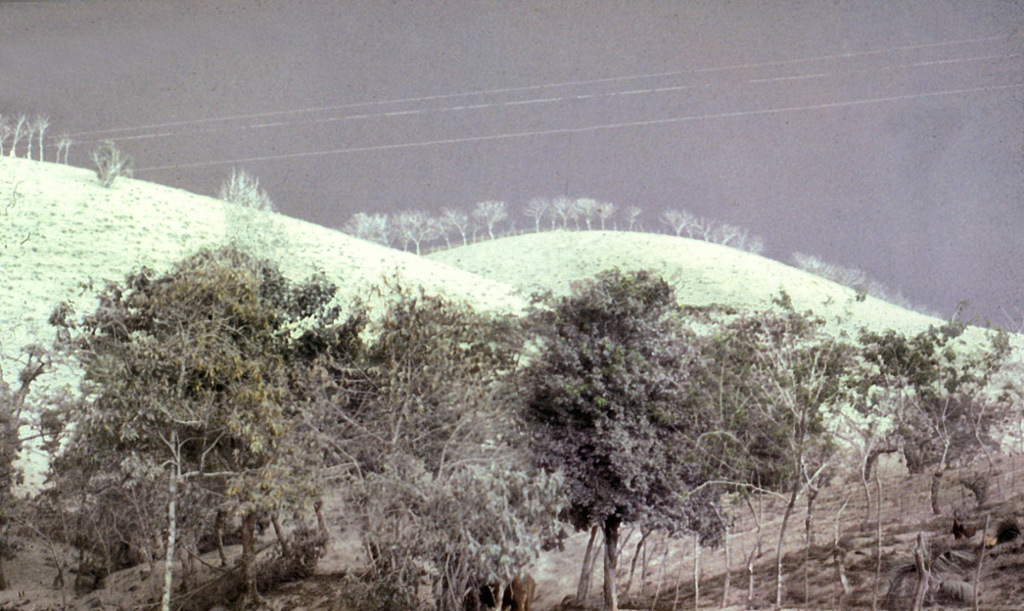 Ashfall deposits whitened the landscape around El Chichón like snow and stripped many trees of their leaves, such as seen here near Villahermosa to the north. Ashfall deposits trending to the ENE blanketed an area of 45,000 km2 within the 1 mm isopach. Ash plumes reached 17 km or higher on 28-29 March and 3-4 April 1982. The exceptionally high sulfur content of the magma produced an eruptive plume rich in sulfuric acid aerosols, which circled the globe in three weeks and led to warming of the stratosphere and cooling of the troposphere.