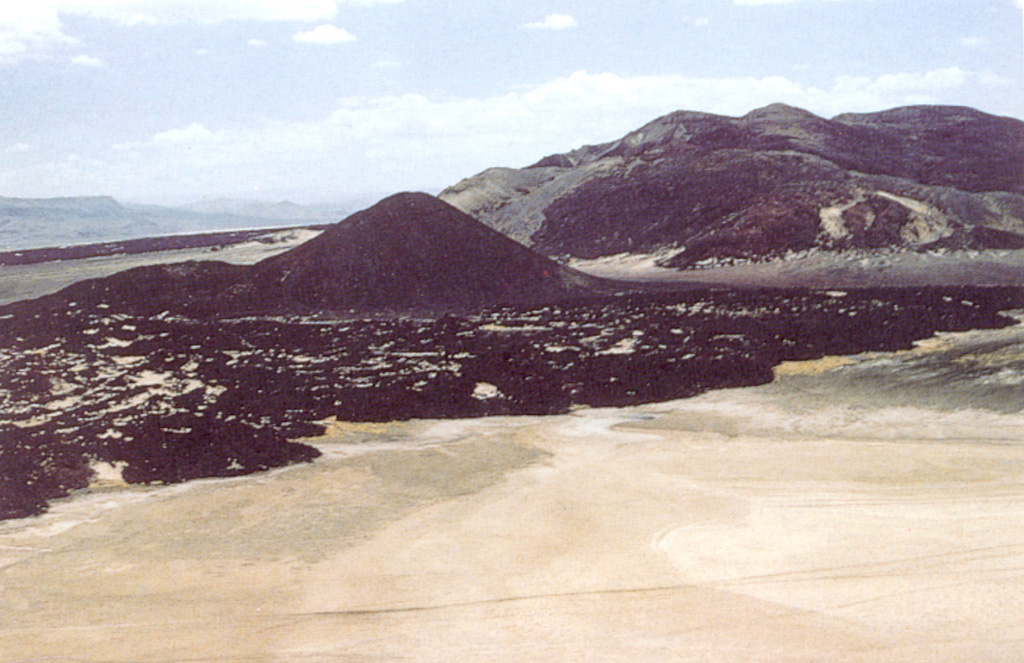 Basaltic lavas, scoria cones, and tuff deposits were erupted along the eastern base of Namarunu volcano along the axis of the East African Rift. This view looks S with the rift margin escarpment of the Tirr Tirr Plateau in the distance at the upper left. Numerous fissure-controlled scoria cones and lava flows, as well as partially or completely below lake level tuff cones, tuff rings, and pillow lavas were erupted along the flanks of the volcano. The youngest eruptions postdated the drying out of Lake Sugata about 3,000 years ago. 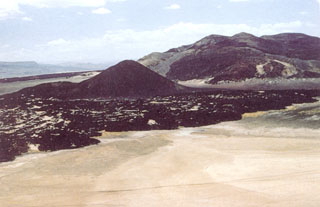