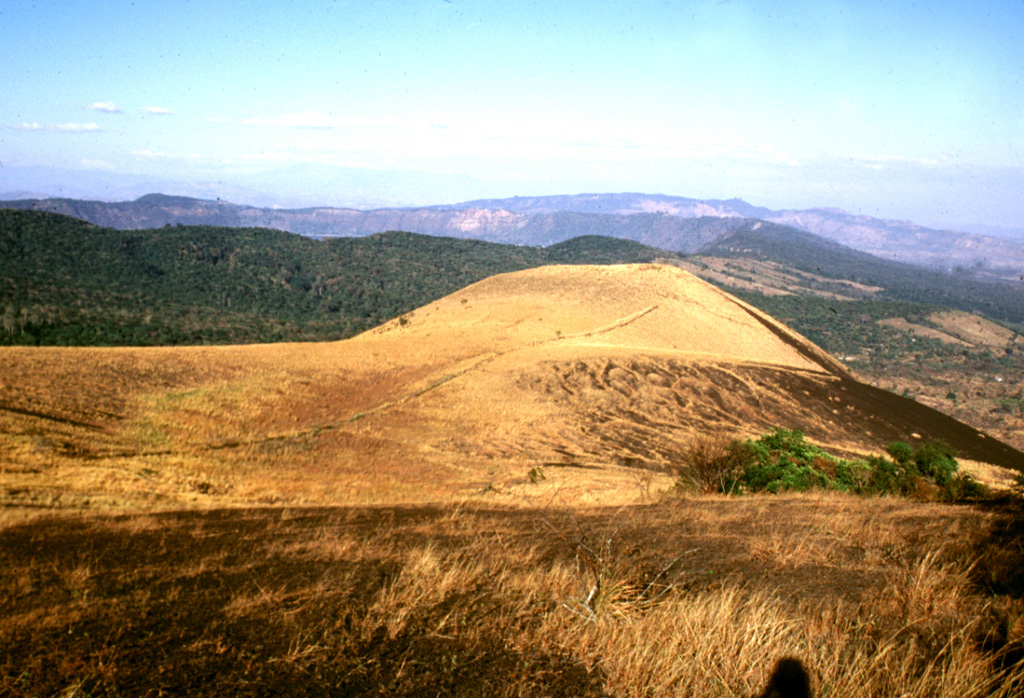 San Marcelino scoria cone is seen from Cerro Chino on the SE flank of Santa Ana. San Marcelino formed during an eruption in 1722 and produced a lava flow that traveled 13 km to the east. The vegetated southern rim of Coatepeque caldera can be seen to the NE (left) of San Marcelino.