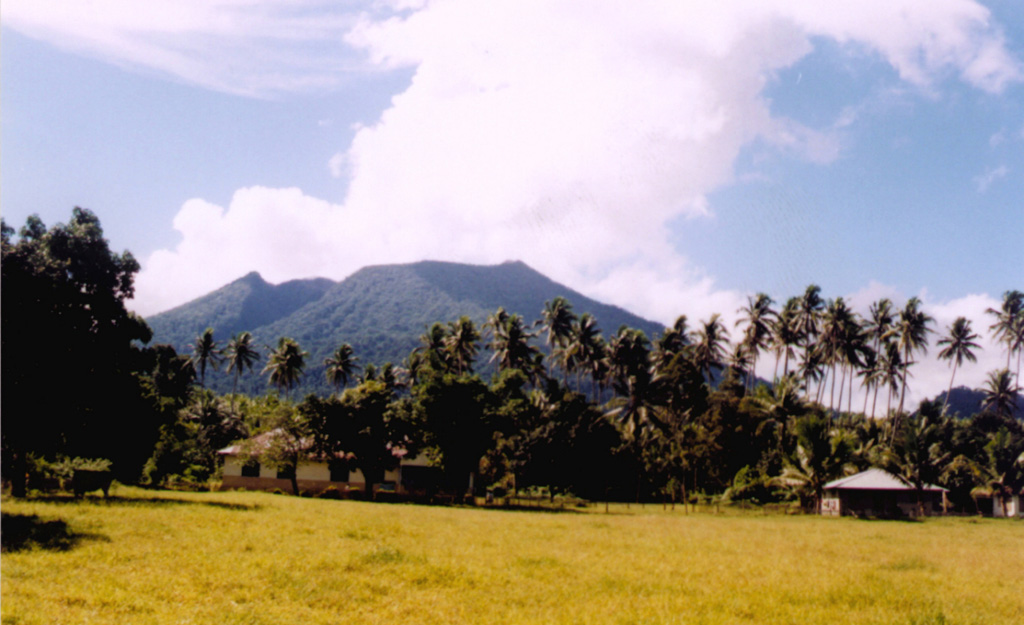 Gunung Ibu volcano on the NW coast of Halmahera Island rises beyond a small village on its WNW flank. The summit of the stratovolcano is truncated by nested craters; the inner crater, 1 km wide and 400 m deep, contains several small crater lakes. The outer crater is breached on the north side, forming the deep valley seen here on the left side of the summit ridge. Few eruptions are known in historical time from Ibu, although it was erupting at the time of this February 1999 photo.