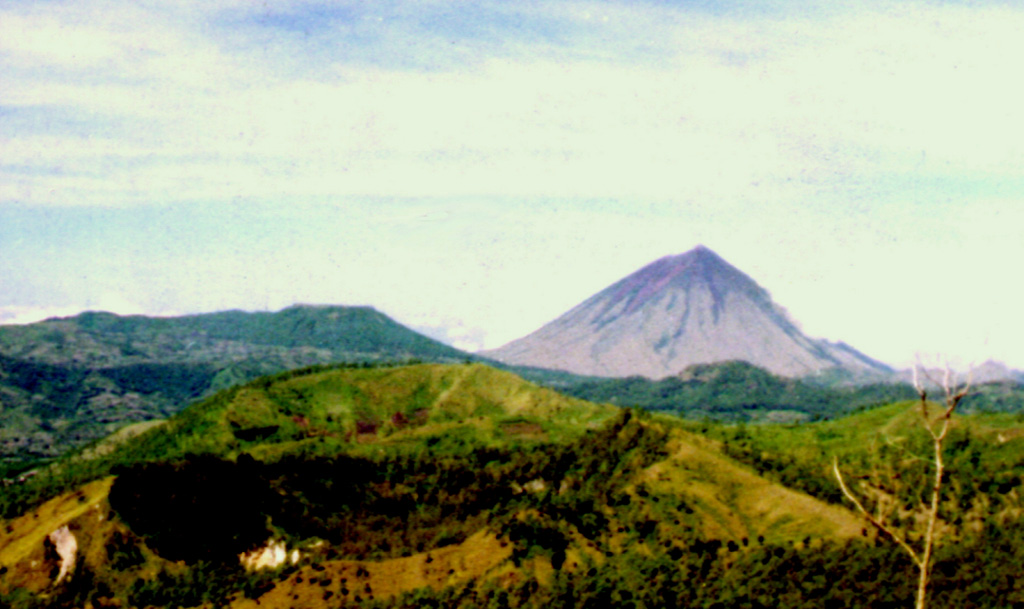 Two of the many summit craters of Inielika can be seen in the left foreground. It is a broad, low volcano in central Flores Island that was constructed within the Lobobutu caldera. The complex summit includes ten craters, some of which contain lakes. A phreatic explosion that formed a new crater in 1905 was the volcano's only eruption during the 20th century. Inierie volcano is the prominent peak on the right horizon. 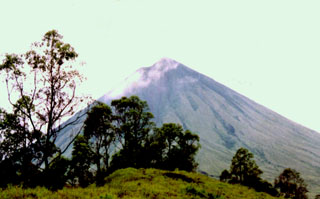