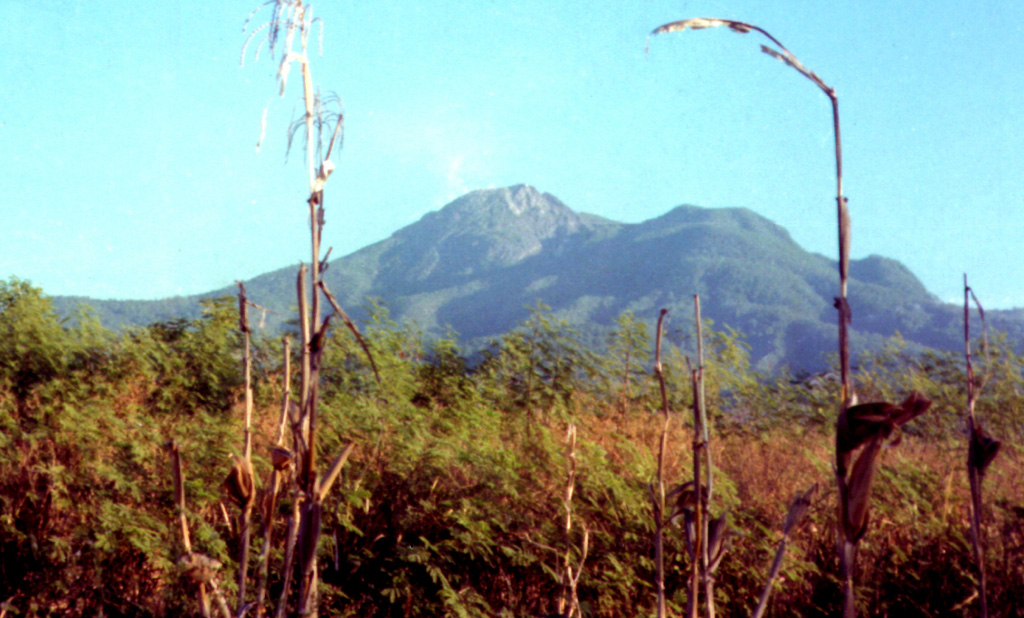 A lava dome (center) occupies the summit of Egon volcano. It is located in a narrow stretch of eastern Flores Island and its lower flanks extend nearly to both the Flores Sea to the N and the Savu Sea to the S. The unvegetated summit has a 350-m-wide, 200-m-deep crater that sometimes contains a lake. Other small crater lakes occur on the flanks.