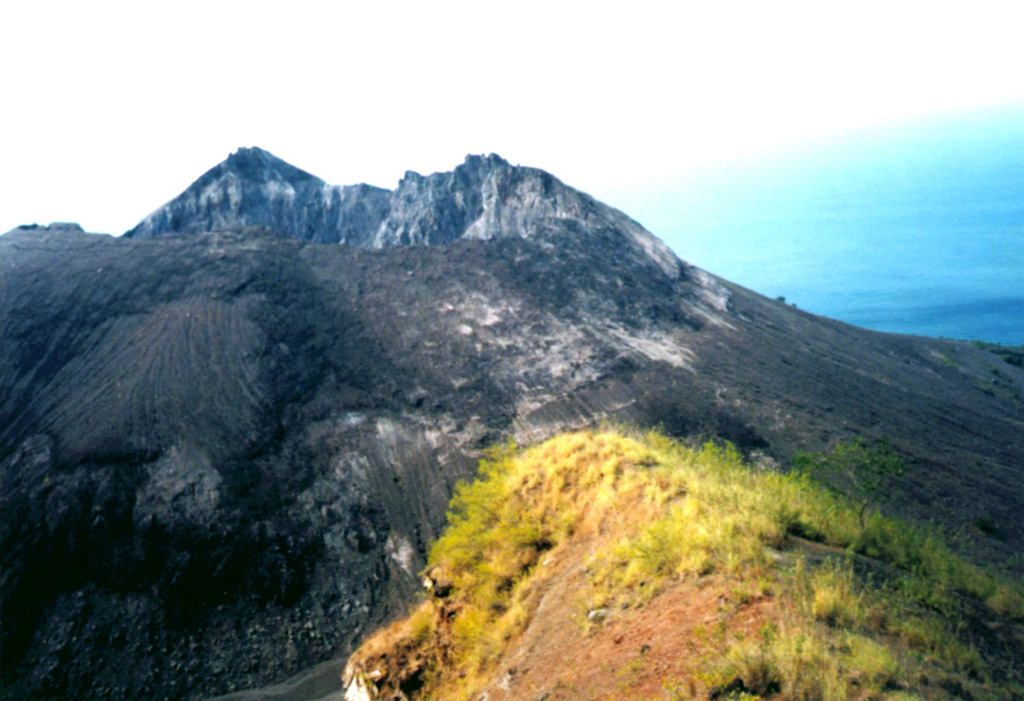 A lava dome, formed during the first historical eruption of Iliwerung volcano in 1870, occupies the summit crater of the volcano, seen here in 1979 from the rim of Ado Wajung crater. Iliwerung forms one of the south-facing peninsulas on Lembata (formerly Lomblen) Island, and has a series of lava domes and craters along N-S and NW-SE lines. Many of these vents, including submarine vents offshore, have erupted in historical time.