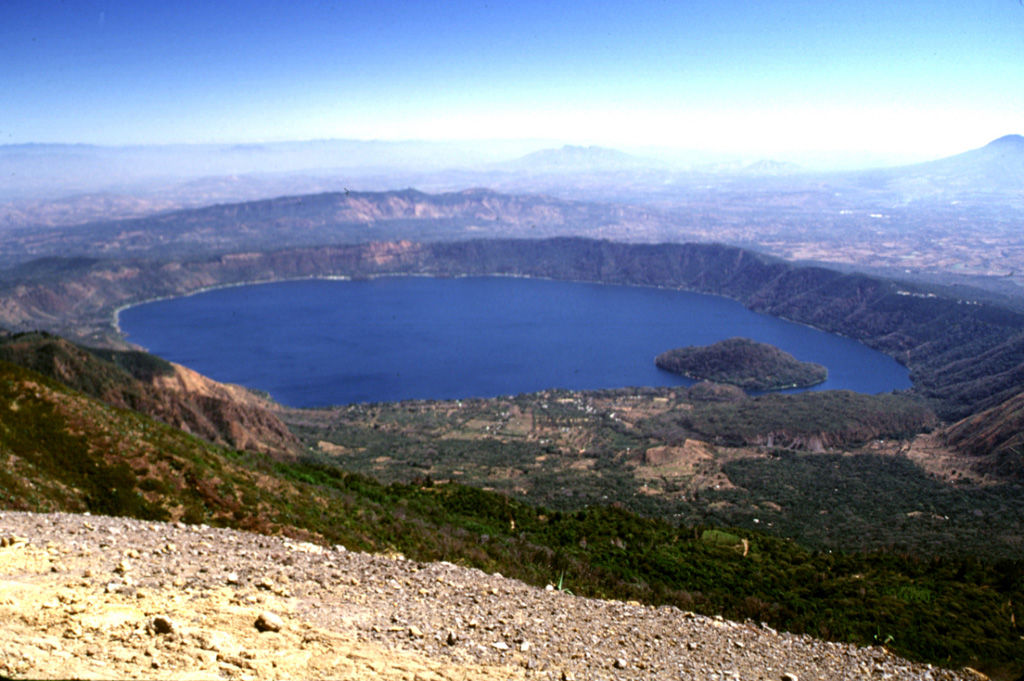 The 7 x 10 km Coatepeque caldera is seen here from the Santa Ana summit. The caldera formed during a series of major explosive eruptions between about 70,000 and 57,000 years ago. Post-caldera eruptions included the formation of basaltic scoria cones and lava flows near the western margin of the caldera and the extrusion of lava domes, including Cerro Grande, the island in the W side of the caldera lake.