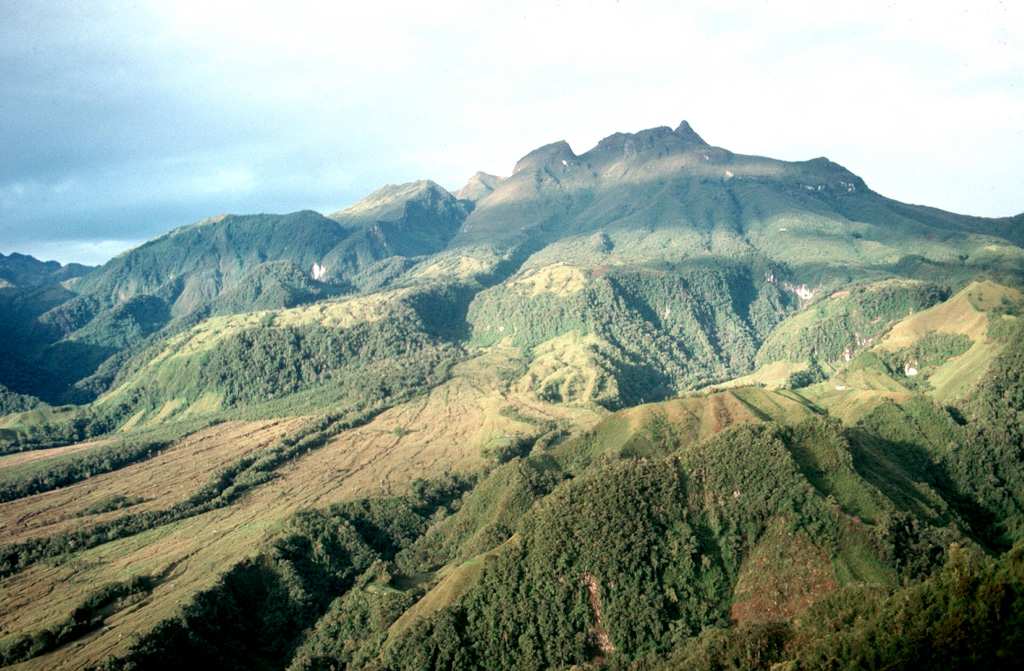 Cerro Bravo is seen from Delgaditas on its east side. The summit dome with a prominent spine was extruded during the most recent eruption. An older lava dome and cone complex is situated to its left. Multiple collapse events sent block-and-ash flows down over viscous lava flows (center) and onto the Plan de Arriba (lower left). The low, tree-covered slope 1/4 of the way from the left side of the photo is the remnant of the pre-Cerro Bravo volcano that was destroyed by a Pleistocene caldera-forming event. 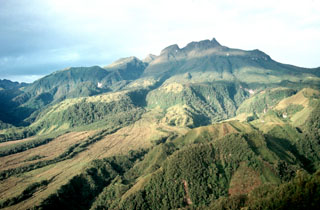