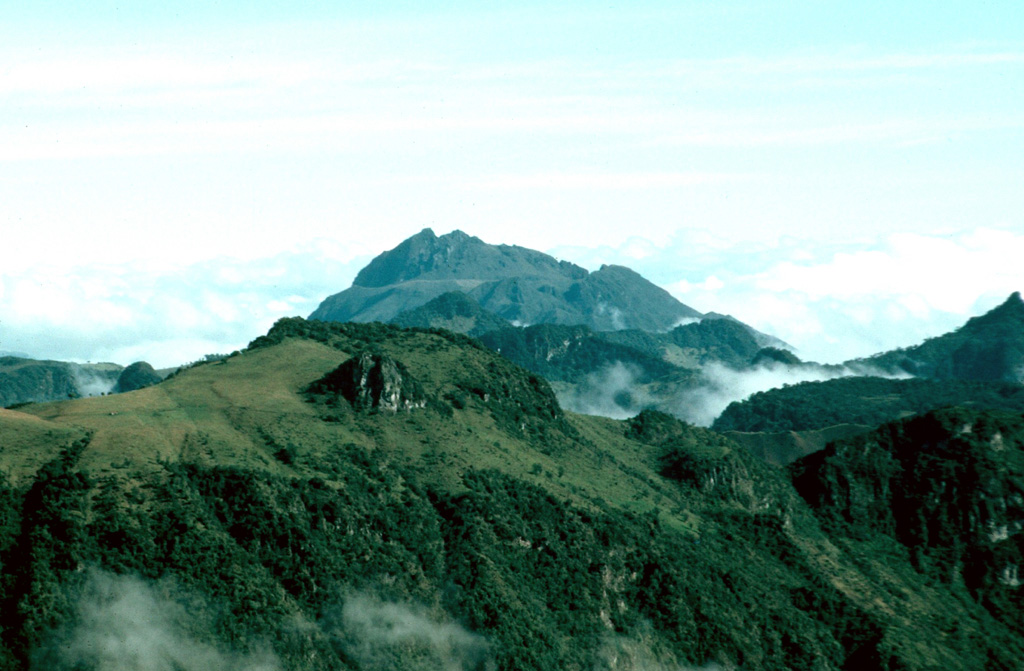 Cerro Bravo in Colombia is seen to the north from the N flank of Nevado del Ruiz. The CB1 summit dome rises above an older dome and cone complex, probably produced during the CB7-CB5 eruptive periods. Below this, the remains of the pre-Cerro Bravo volcano encompass the Pleistocene Quebrada Seca caldera. Most of the Pleistocene lava flows in the foreground are associated with Nevado del Ruiz.