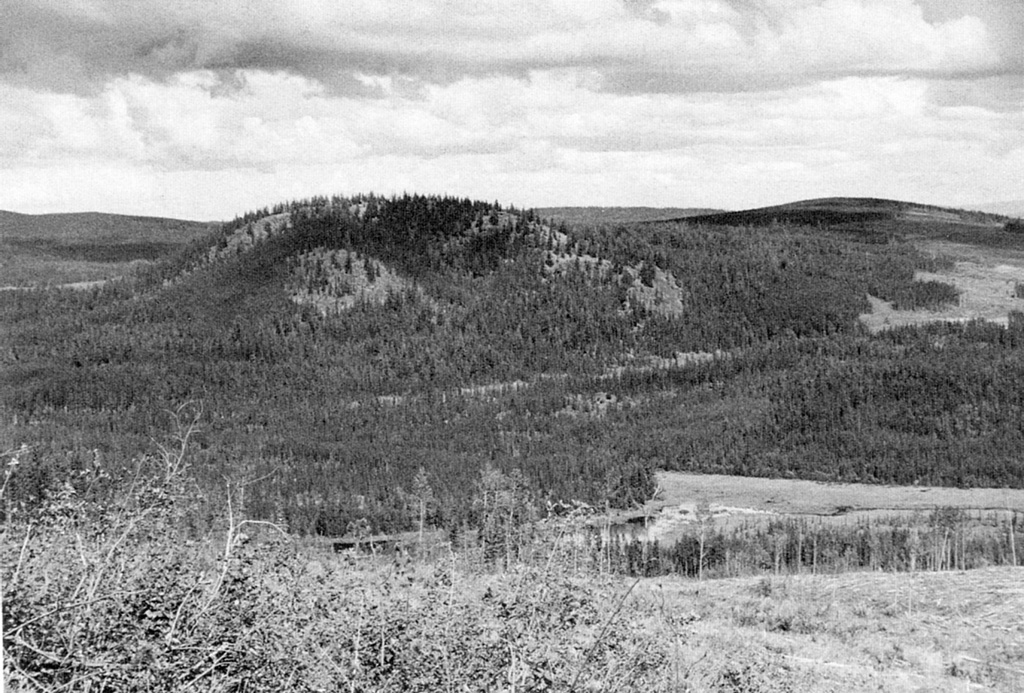 Nazko cone is the easternmost and youngest volcano of the Anahim volcanic belt in the Chilcotin-Nechako Plateau in central British Columbia. The 120-m-high cone is seen here across a valley from the SW. The central subglacial mound is partly enveloped by younger, coalescing cones that form the summit ridge. A 7,200-year-old lava flow forms the forested margin of the swamp in the middle foreground.

Photo by Geological Survey of Canada (courtesy of Cathie Hickson). 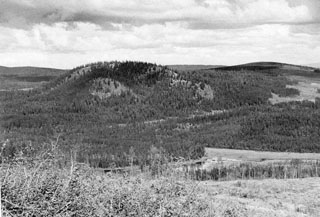