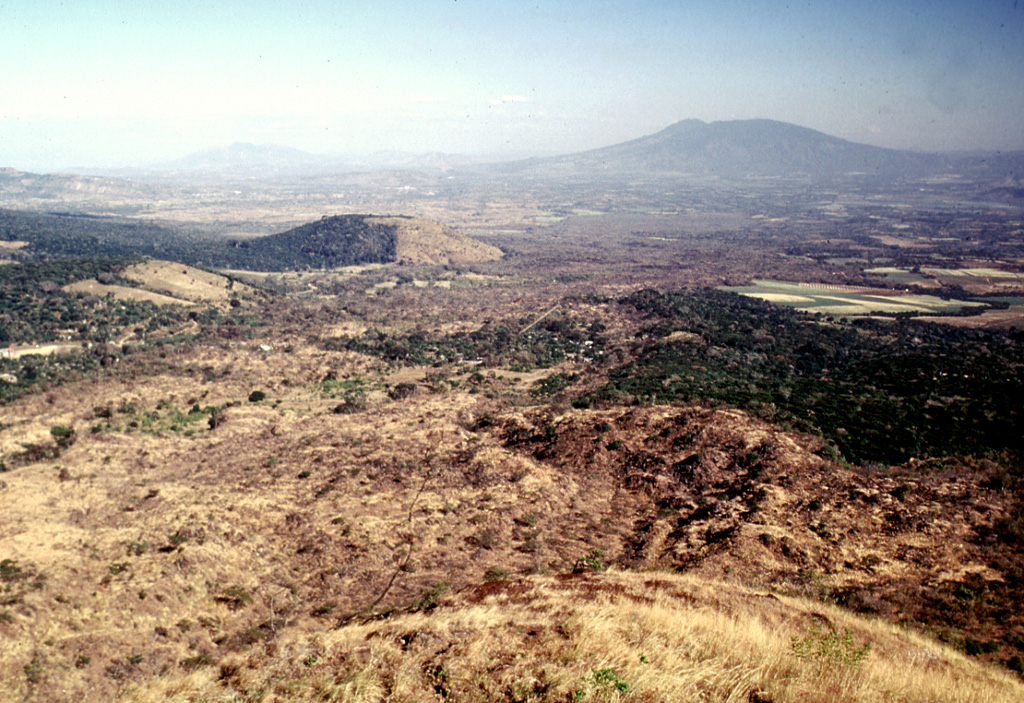 The brownish area extending diagonally from the lower left towards San Salvador volcano on the right horizon is the Teixcal lava flow. It originated during an eruption in 1722 from the base of San Marcelino cinder cone, from where this photo was taken. The basaltic-andesite flow is noted for its disequilibrium textures, where large ortho-pyroxene crystals are surrounded by reaction rims of olivine. The half-forested, half-grassy cone at the left center is Cerro Alto, a flank cinder cone of Coatepeque caldera, out of view to the left.