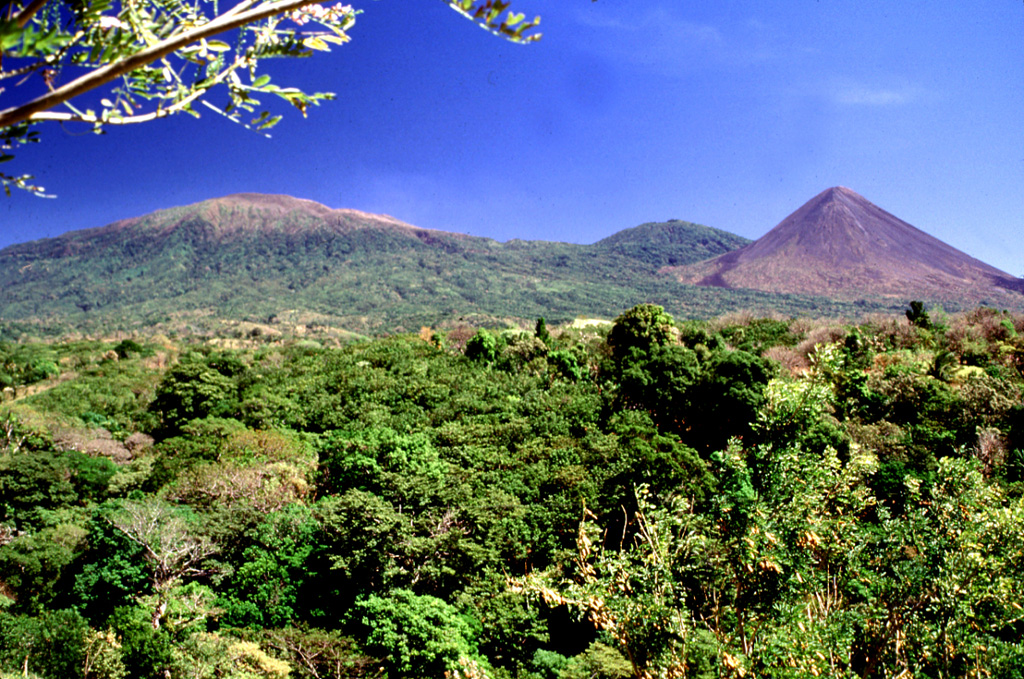 Three peaks of the Santa Ana massif can be seen from the highway between Sonsonate and San Salvador. The summit of Santa Ana volcano, barren as a result of historical eruptions and recent gas emission, is at the left, and conical, unvegetated Izalco volcano is at the right. Forested Cerro Verde, one of a series of cones formed along a SE-NW line cutting across Santa Ana, is the rounded peak on the right-center horizon.