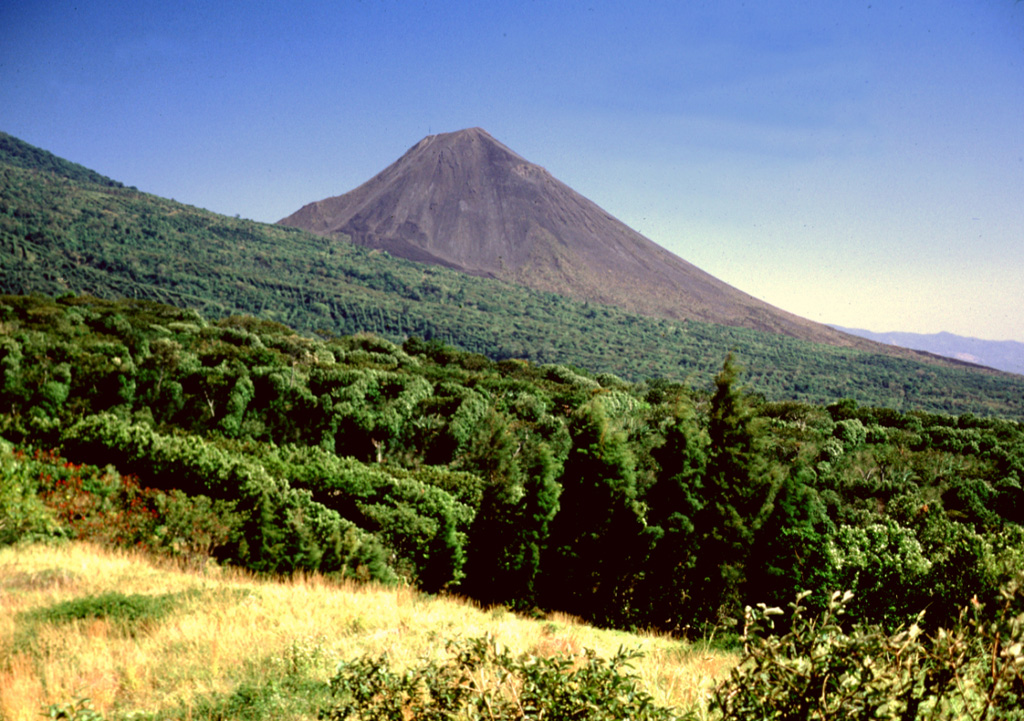 Izalco towers above the western flanks of Santa Ana, which are covered in coffee crops. Izalco erupted in a cornfield on the southern flanks of Santa Ana in 1770 and grew 650 m above the vent over the following two centuries. Despite its proximity to Santa Ana, Izalco lavas are distinctly higher in aluminum, calcium, and strontium. Recent eruptions of Izalco are more similar to Santa Ana than earlier ones.