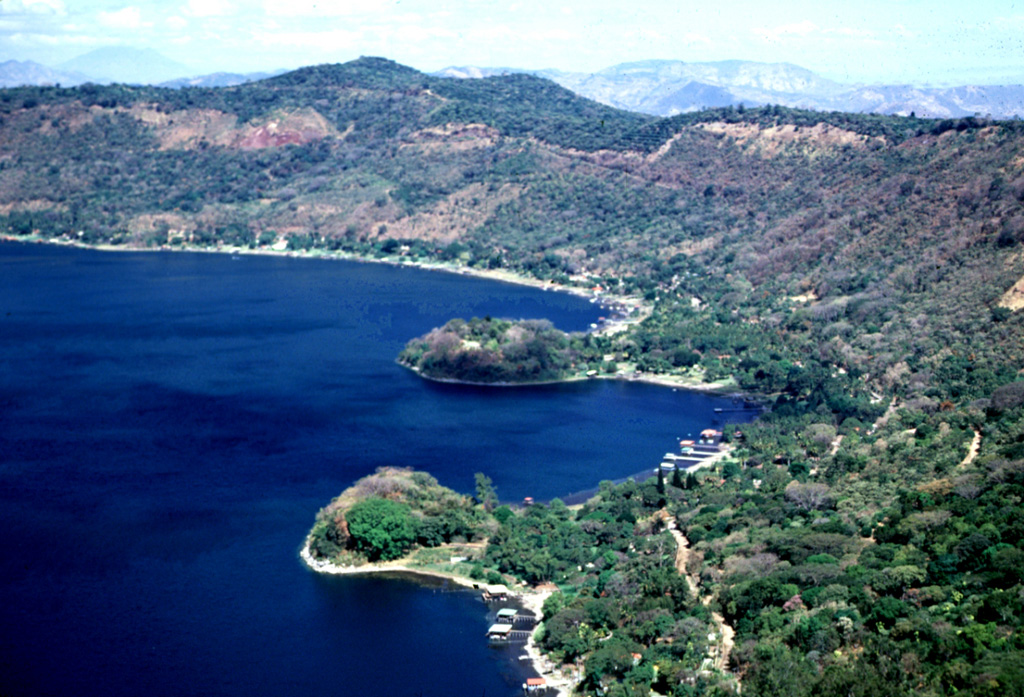 The twin Anteojos lava domes form small peninsulas on the eastern shore of Lake Coatepeque. Four other domes were constructed on the opposite side of the caldera along a line that passes through Izalco volcano to the SW. The Anteojos domes, which rise only about 20-25 m above the lake surface, are mostly submerged. The southern (near) dome is andesitic, whereas the northern dome has a rhyodacitic composition. A chain of scoria cones was erupted along caldera ring faults; two of these are seen above the two domes.