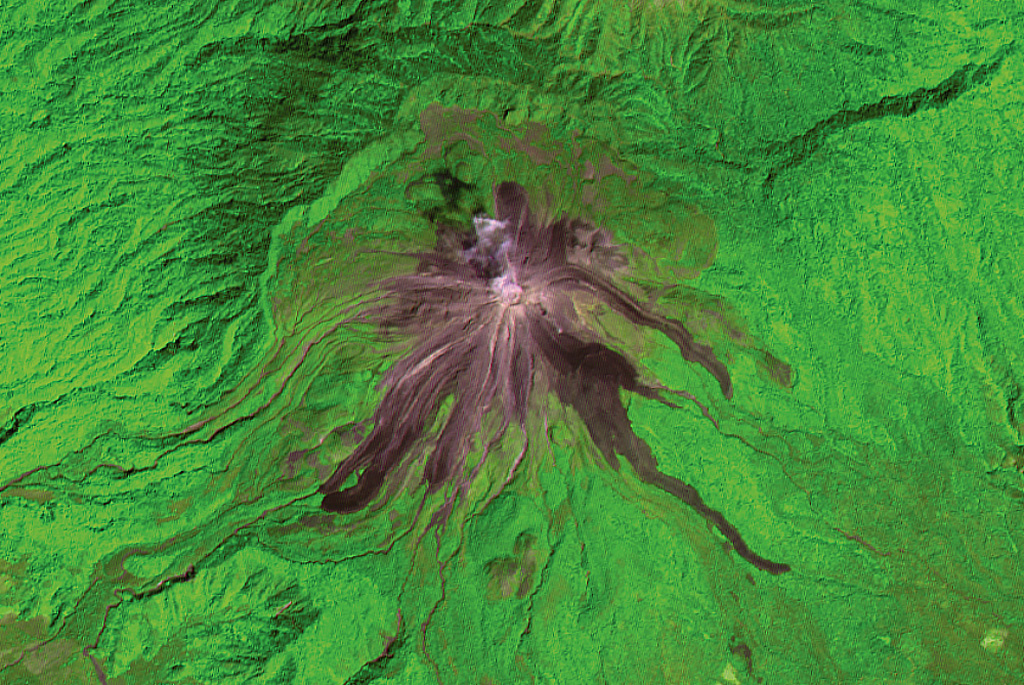 Recent lava flows from Volcán de Colima radiate from the summit in this 2001 ASTER satellite image (N is at the top; this image is approximately 13 km wide). The flows on the E and SE flanks were produced in 1975-76 and reached up to 3.5 km from the summit. The longest flows down the SW flank formed in 1998-99; the three major lobes seen here covered a SW-flank flow from 1991. The headwall of the horseshoe-shaped scarp to the N was produced by collapse of an older edifice.