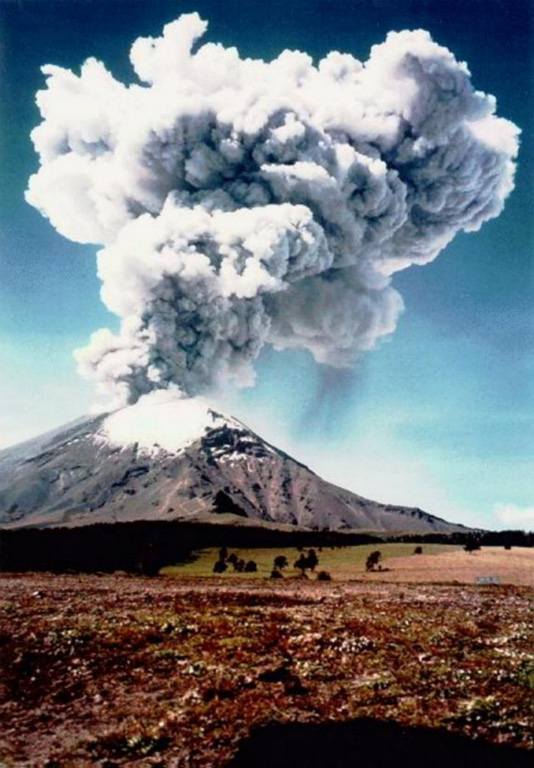 An ash plume towers above Popocatépetl as viewed from Paso de Cortés NW of the volcano at 1032 on 11 June 1997. The photo was taken 18 minutes after a 15-minute-long volcanic tremor episode that accompanied the major ash emission, which reached an altitude of 4 km above the summit. Intermittent ash emission had begun on 5 March 1996, some of which produced ashfall that reached the Gulf of Mexico. This activity was accompanied by periodic growth and destruction of lava domes in the summit crater.