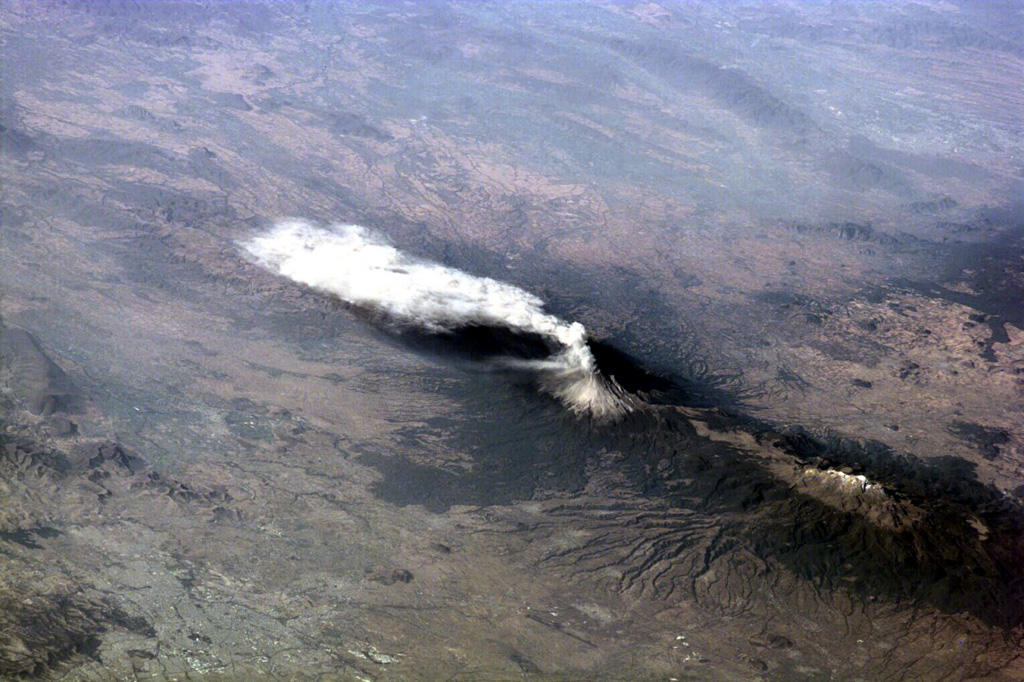 An ash plume from Popocatépetl reaching over 9 km above sea level and dispersing to the south on 23 January 2001. Larger explosions the day before had produced plumes that rose 8 km above the summit and pyroclastic flows that traveled 4-6 km down the north flank. The large dark-colored area below and to the left of the volcano is a lava field. The elongate Iztaccíhuatl volcano is visible to the lower right.