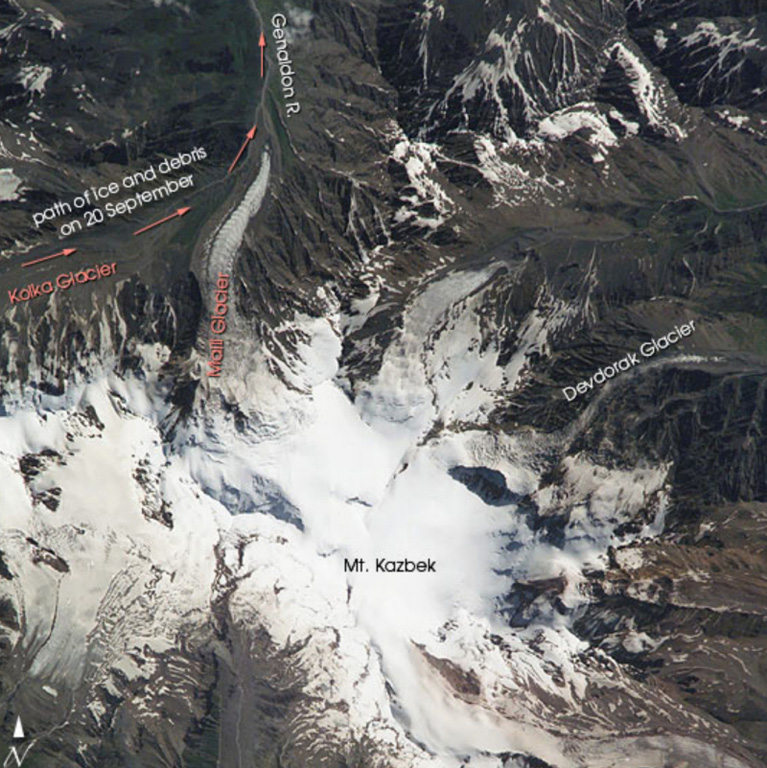 The glacier-covered Kazbek stratovolcano, the second highest in the Caucasus Mountains of Georgia, lies just south of the border with Russia. The summit cone and the most recent lava flows are of postglacial age, and the latest andesitic-dacitic lava flow was radiocarbon dated at about 6,000 years ago. Arrows at the top left on this 13 August 2002 NASA Space Shuttle image mark the path of an avalanche and debris flow produced by collapse of a glacier the following month. 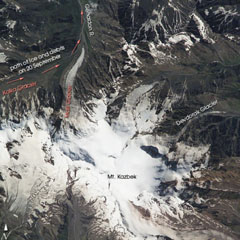