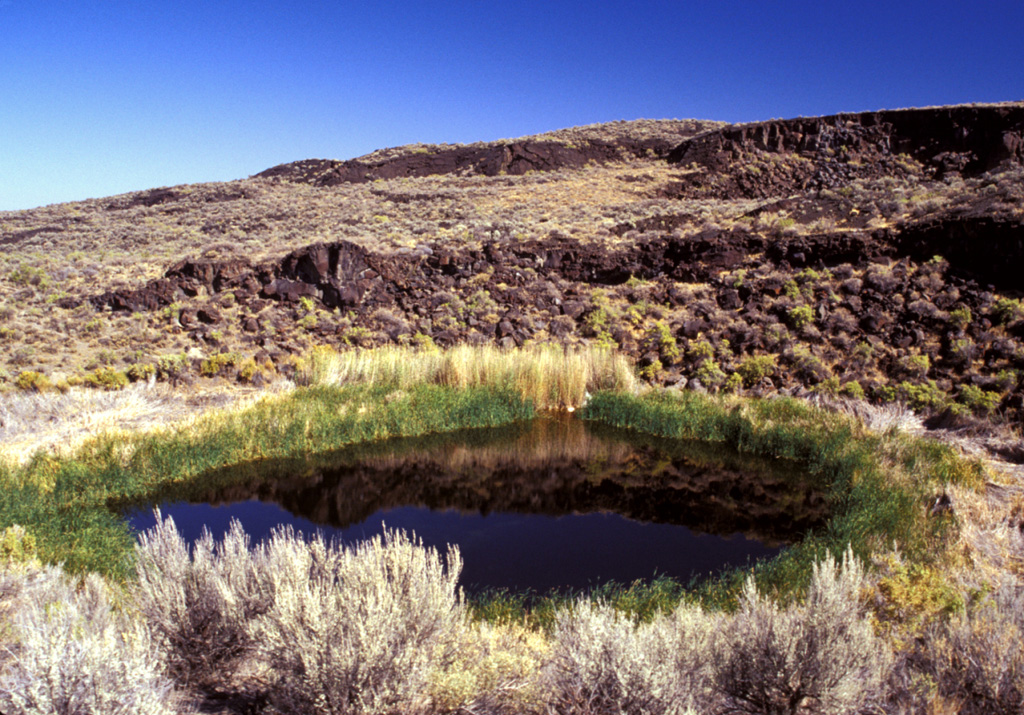 Lava flows of West Dome, one the structural highpoints of Diamond Craters, rise NE of lake-filled Malheur Maar. The shallow 2-m-deep lake occupies one of many maars (the rest of which are dry) of the Diamond Craters volcanic field at the time of this 2002 photo. Diamond Craters consists of a 70 km2 area of basaltic lava flows, scoria cones, and maars. The initial eruptions of pahoehoe lava flows and later activity involved magma injection that produced six structural highs of up to 150 m. 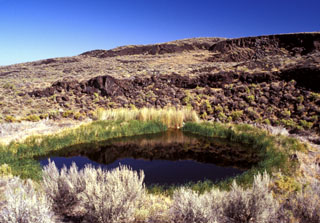