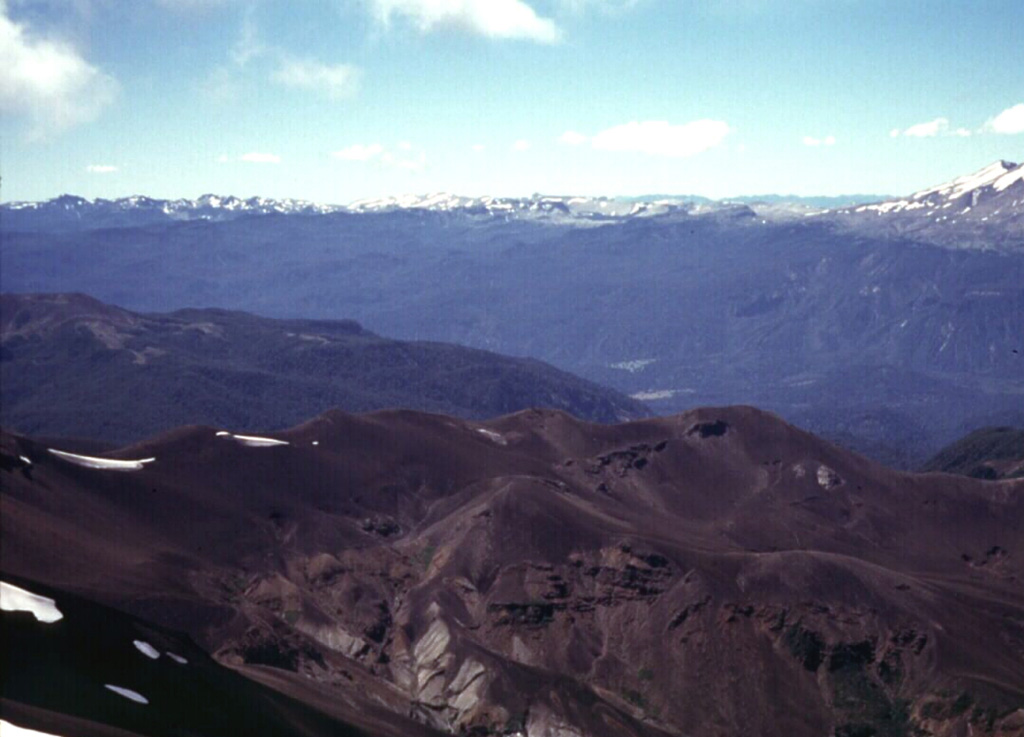 The snow-capped Cordón Caulle volcanic massif rises on the left horizon across the Río Gol Gol valley from the Antillanca volcano group in the foreground. The Cordón Caulle is a group of post-caldera silicic vents formed along a 17-km-long, 2.5-km-wide WNW-ESE rift zone extending to the SE towards Puyehue volcano, whose flanks form the far right horizon. Historical eruptions have occurred from several points along the Cordón Caulle fissure system during the 19th and 20th centuries.