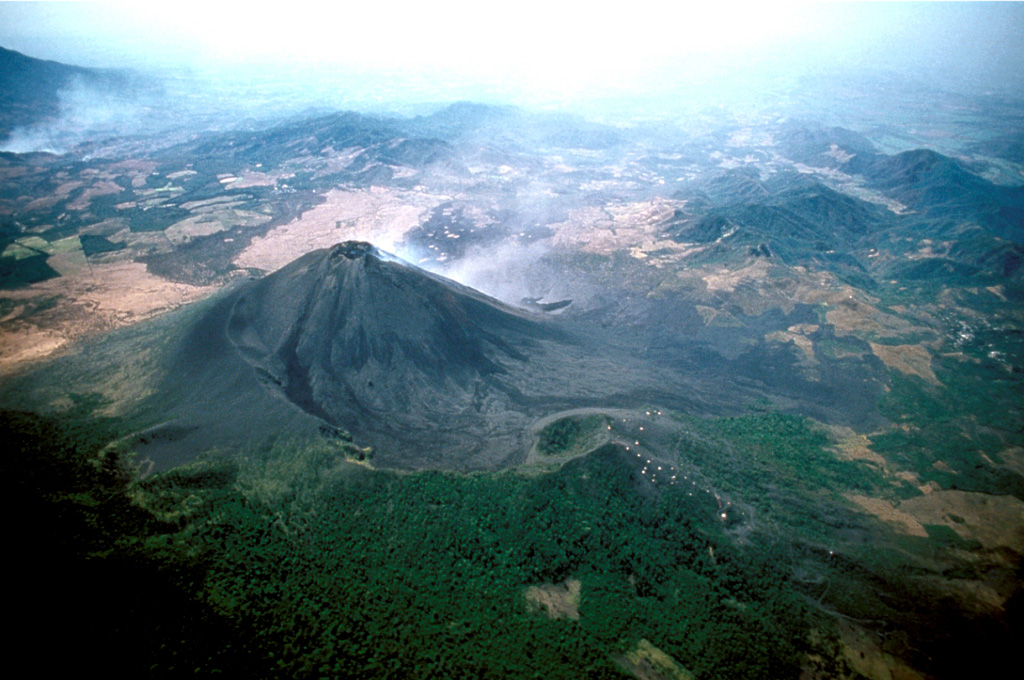 An aerial view from the NNW shows steaming MacKenney cone. The rim of the large horseshoe-shaped caldera within which the cone was constructed is visible in the foreground, partially overtopped by Cerro Chino cinder cone on the right. The caldera was formed by collapse of Pacaya during the late-Holocene and produced a debris avalanche that swept down the Metapa river drainage to the SE, reaching as far as the Pacific coastal plain, 25 km away.