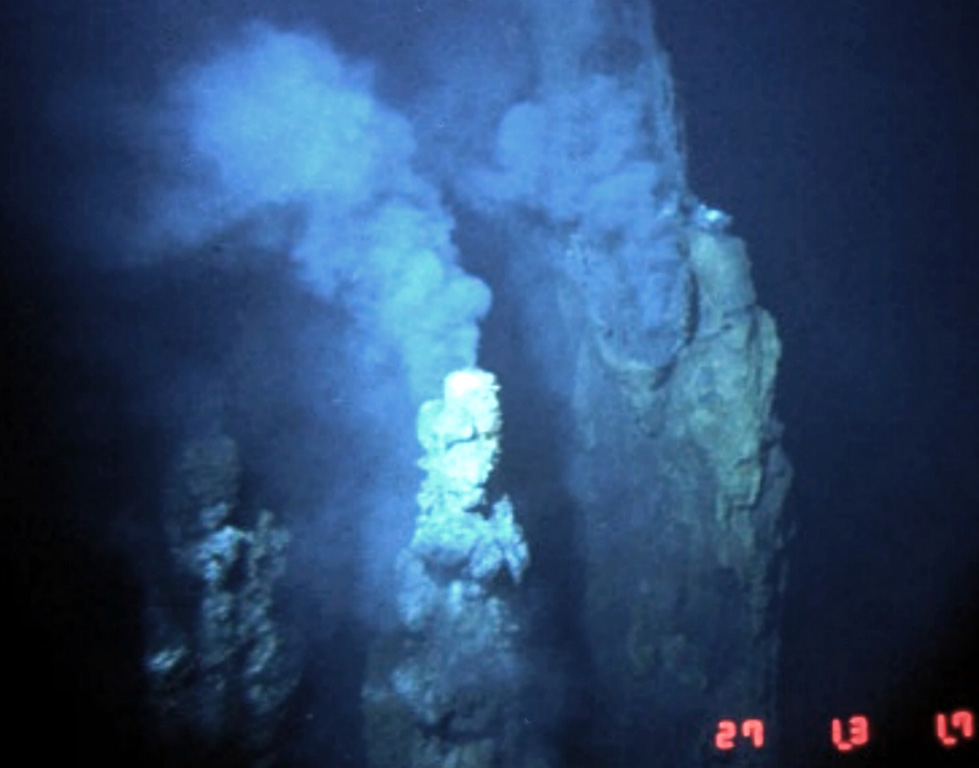 These black smoker vents are located along the Cleft Segment, the southernmost segment of the Juan de Fuca Ridge. These sustained high-temperature vents were photographed along fissures that fed an older lava flow adjacent to a 1986 lava flow that was erupted during the second of two documented submarine eruptions in the 1980s. The 80-km-long Cleft Segment is located immediately north of the Blanco Fracture Zone about 500 km off the Oregon coast. 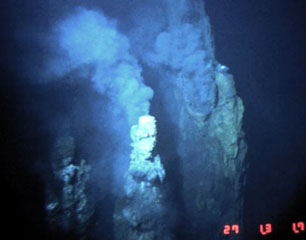