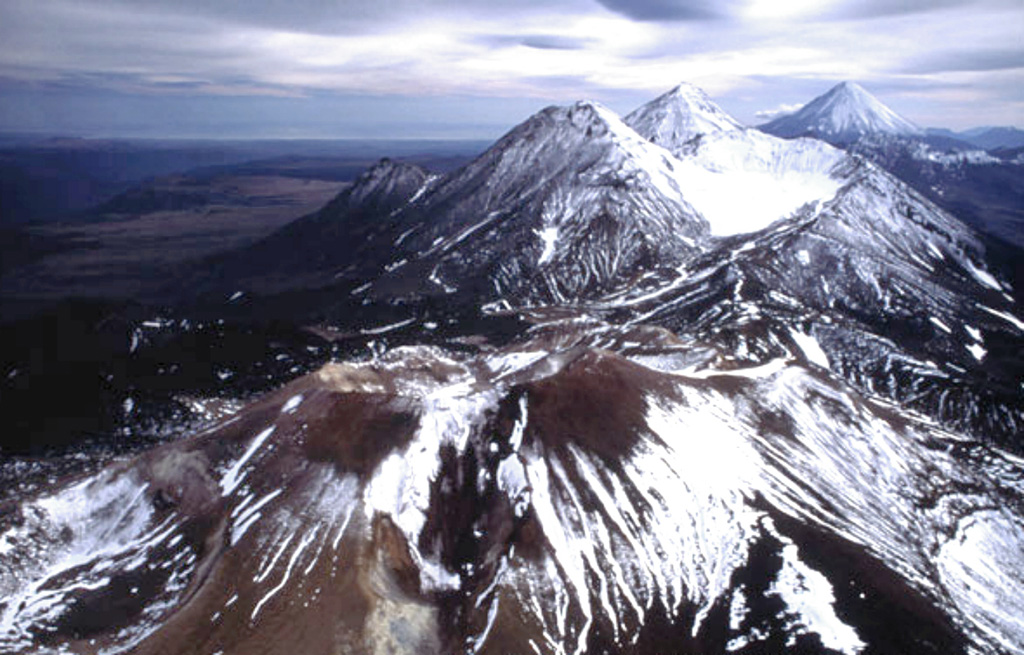 The Komarov volcanic complex is seen in the foreground in this view from the north toward the Gamchen volcanic range. Komarov, the youngest cone, was built at the western end of a 2.5 x 4 km caldera. It has craters, one at the summit and the other on the upper east flank. The Gamchen massif beyond Komarov consists of three Late-Pleistocene and one Holocene cones. Kronotsky is seen on the far-right horizon. 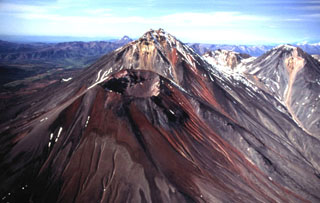 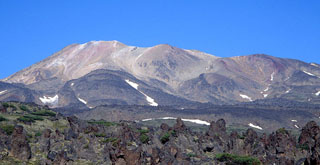