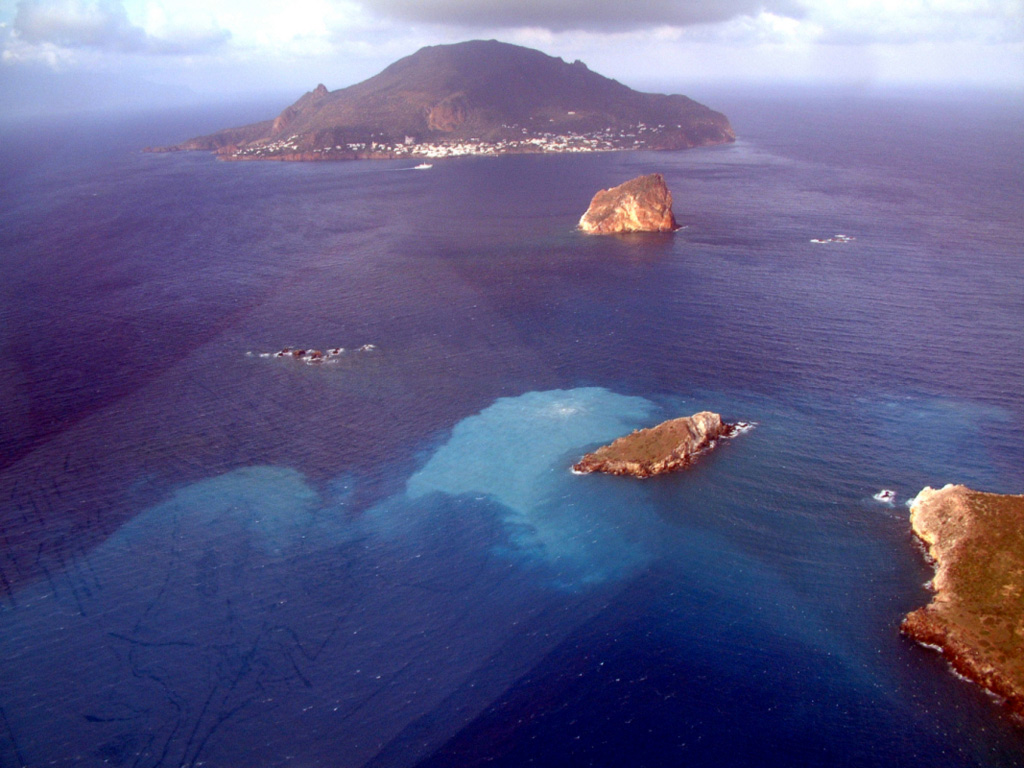 Panarea Island is the largest subaerial component of a mostly submarine volcanic complex between Lipari and Stromboli volcanoes. The last eruptions took place during the early Holocene, but hydrothermal activity has continued at fumarolic fields at several locations on the submerged platform. The water discoloration in the foreground, 2 km E of Panarea Island, near the small islands took place during November 2002. 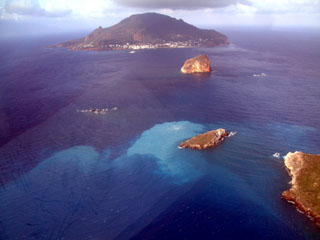