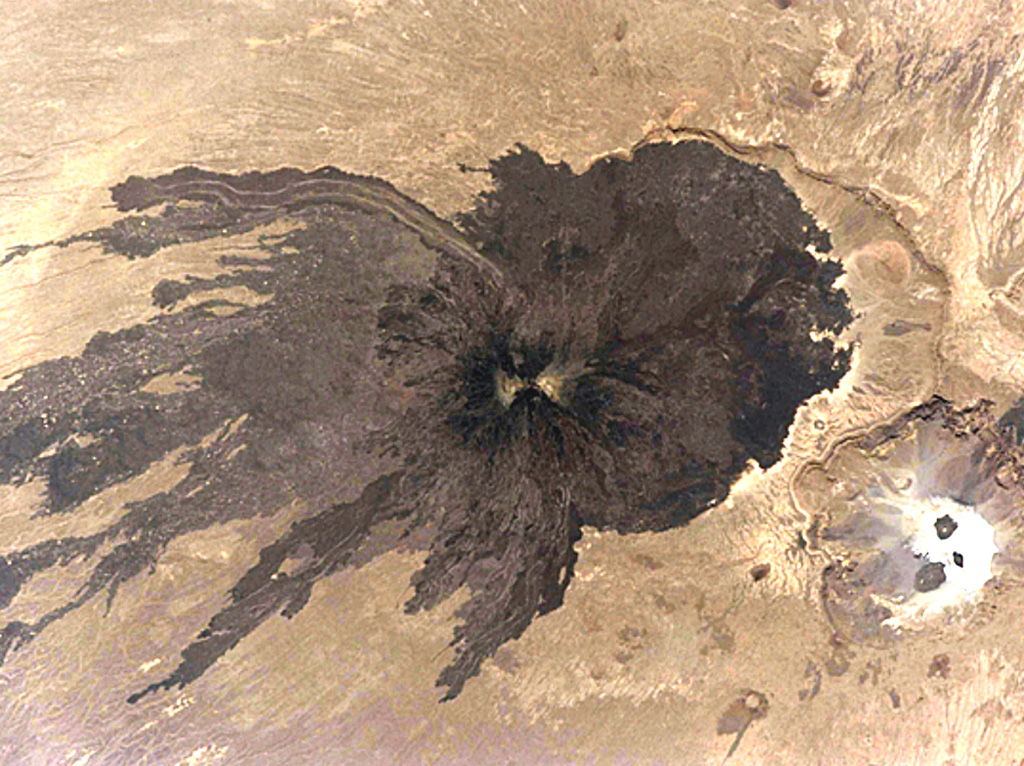 A dramatic Space Shuttle image shows dark lava flows radiating from Toussidé volcano and spreading across the desert floor. Light-colored altered areas can be seen at the summit, the second highest peak of the Tibesti Range in Chad. It was constructed at the W end of the large Pleistocene caldera of Yirrigue, whose E scarp is seen right of Toussidé. The smaller 1-km-deep, 8-km-wide Trou au Natron caldera (lower right) cuts the SE rim of the caldera. 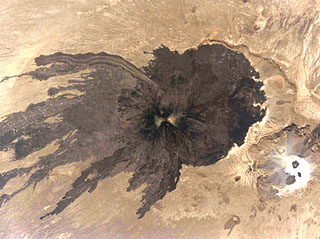