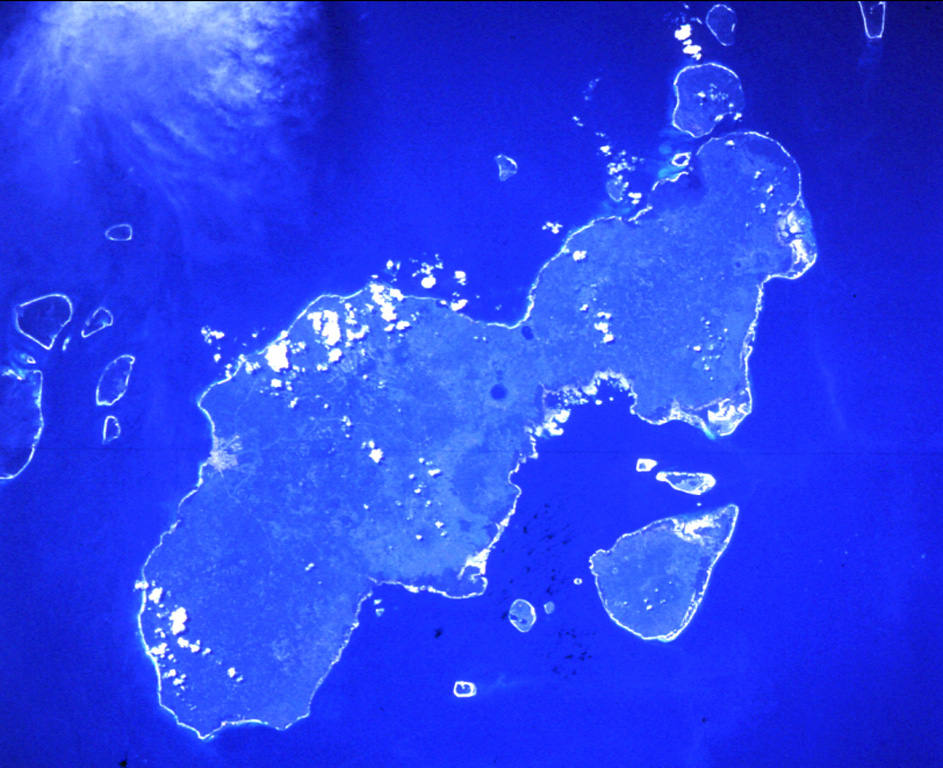 The dumbbell-shaped, E-W-trending Jolo island contains numerous pyroclastic cones and craters, some of which are visible in this Space Shuttle image with north to the upper left. The island is about 60 km wide in an E-W direction; its largest city, Jolo, lies on the northern coast (left-center). The isolated location of Jolo at the SW end of the Philippines archipelago as well as political unrest have inhibited geological studies of the volcano. 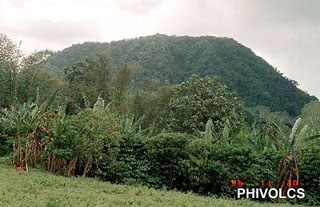