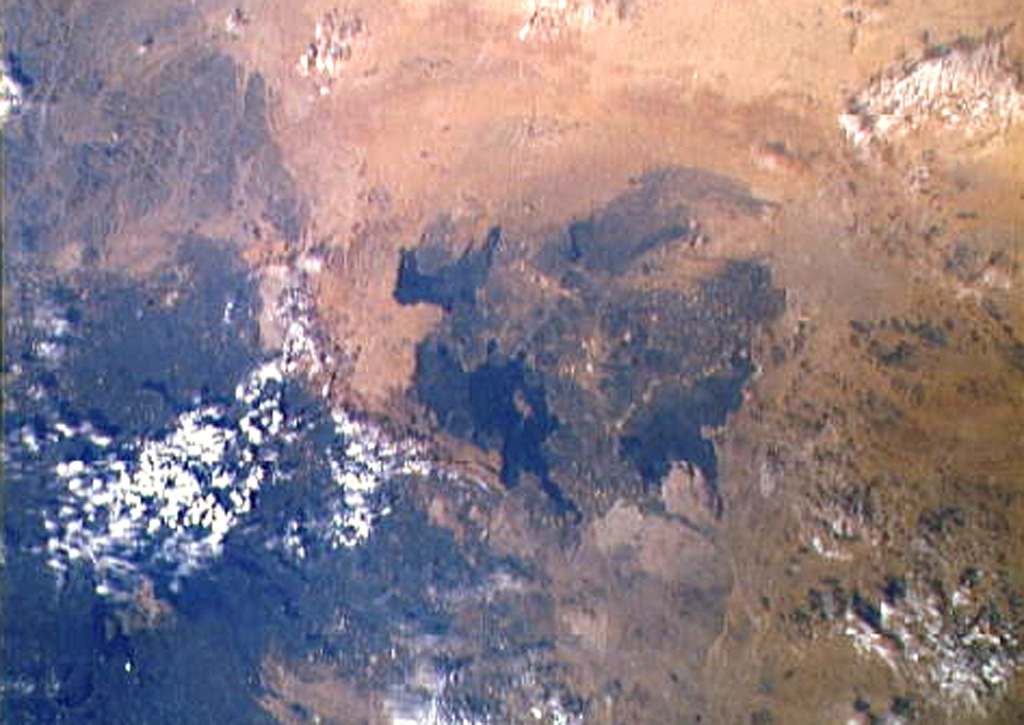 The 4,000 km2 Harrat Ithnayn volcanic field appears in the center of this Space Shuttle image with north to the upper right. Harrat Ithnayn contains scattered shield volcanoes and scoria cones that have produced extensive lava flows, some of which are less than 4,500 years old. Harrat Ithnayn merges with the larger Harrat Khaybar volcanic field to its south, the dark partially cloud-covered area at the lower left. 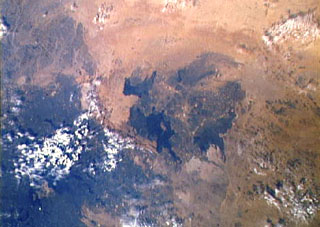 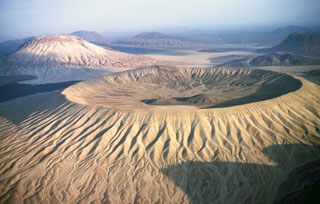