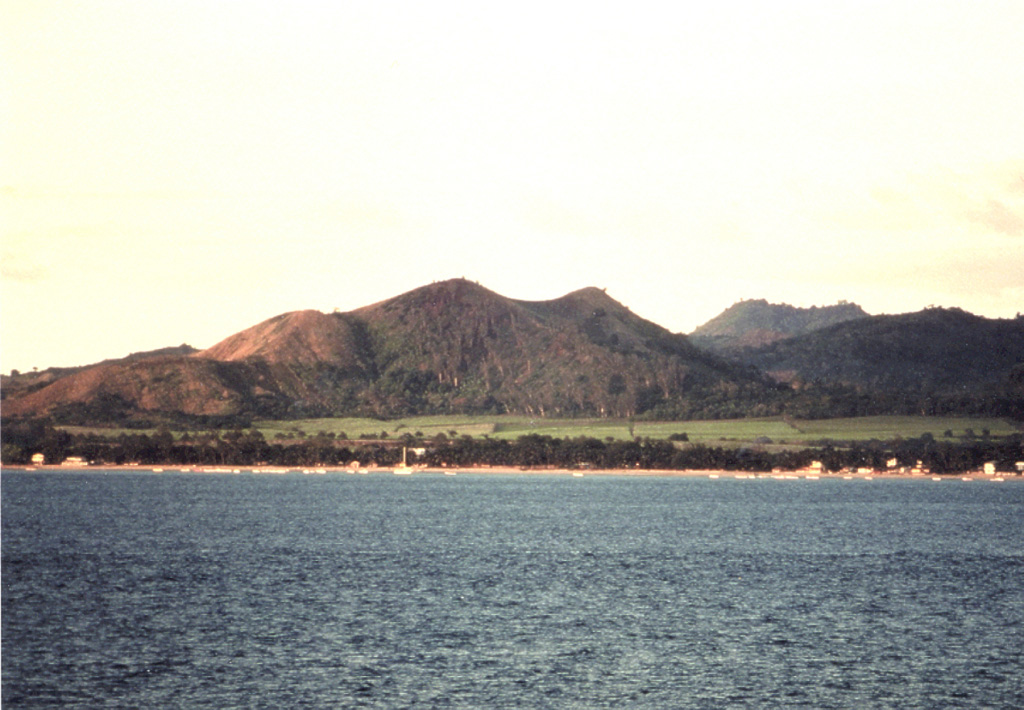 Scoria cones line the shores of Nosy-Be island off the NW coast of Madagascar and have erupted recent basaltic lava flows. Many large crater lakes are found in the central part of the island. The Nosy-Be volcanics overlie Mesozoic limestones and other sedimentary rocks. Two periods of activity occurred, with initial eruptions of fluid lava flows from the W side of the massif followed by the construction of numerous scoria cones on the western plain. 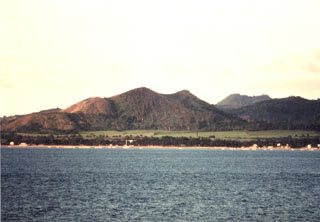