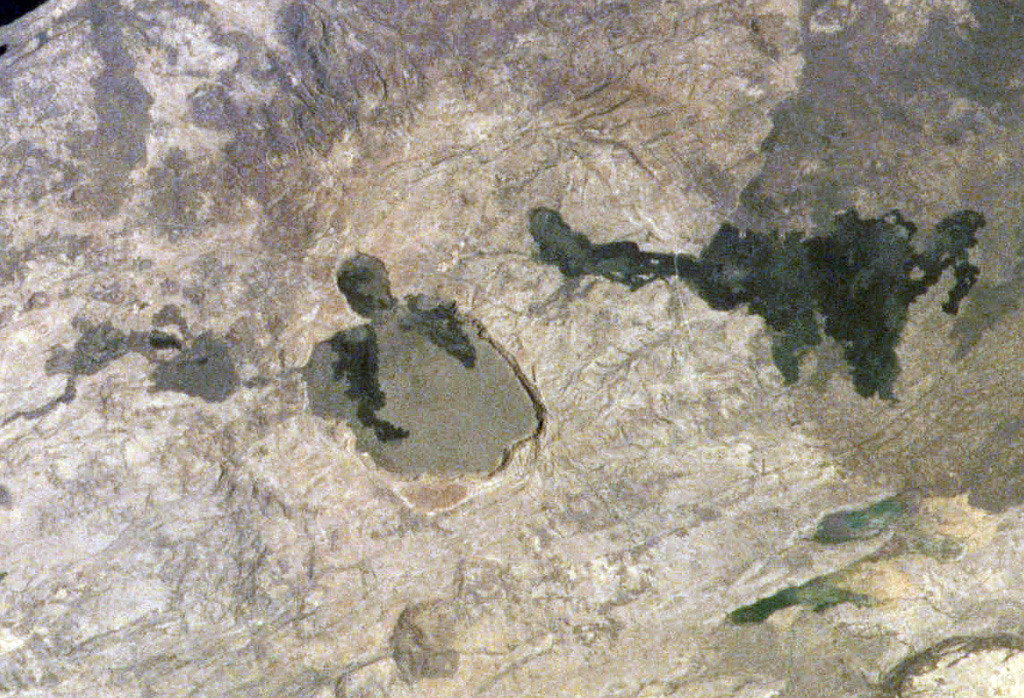 The Kone volcanic complex, also known as Gariboldi, is composed of a series of silicic calderas and young basaltic scoria cones and lava flows. N is towards the lower left in this International Space Station image. The dark-colored basaltic lava flows on the caldera floor were erupted during the first half of the 19th century along a ridge between a smaller caldera to the E and a larger 5-km-wide caldera to the W. The larger young lava flow at the right was erupted from a vent on the SE flank. 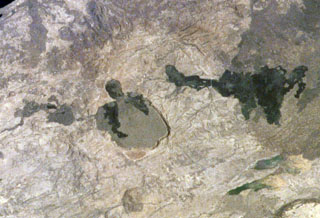