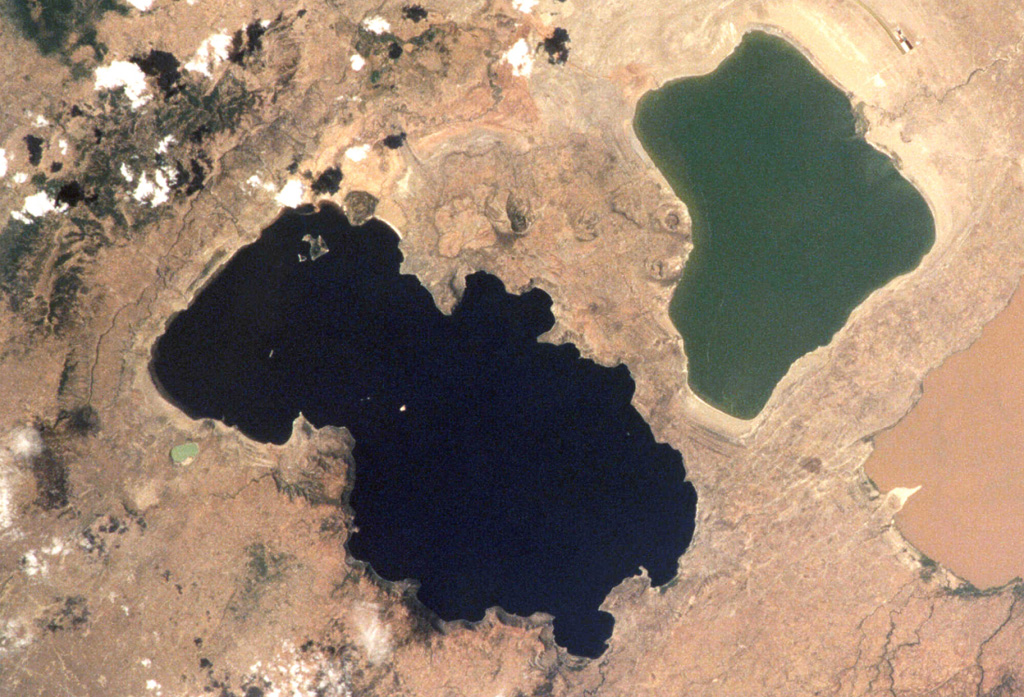 The eastern (right) side of the darker Lake O'a (Lake Shalla) forms the 17-km-wide O'a caldera. Post-caldera activity produced cones N of the caldera. The small light blue-green Chitu maar on the W side of the lake was erupted in an area of Holocene vents along the Corbetti-Shalla fissure system extending N from Corbetti caldera. Fumarolic activity continues along the S and E shores. 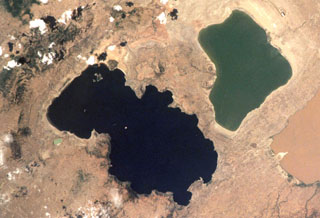