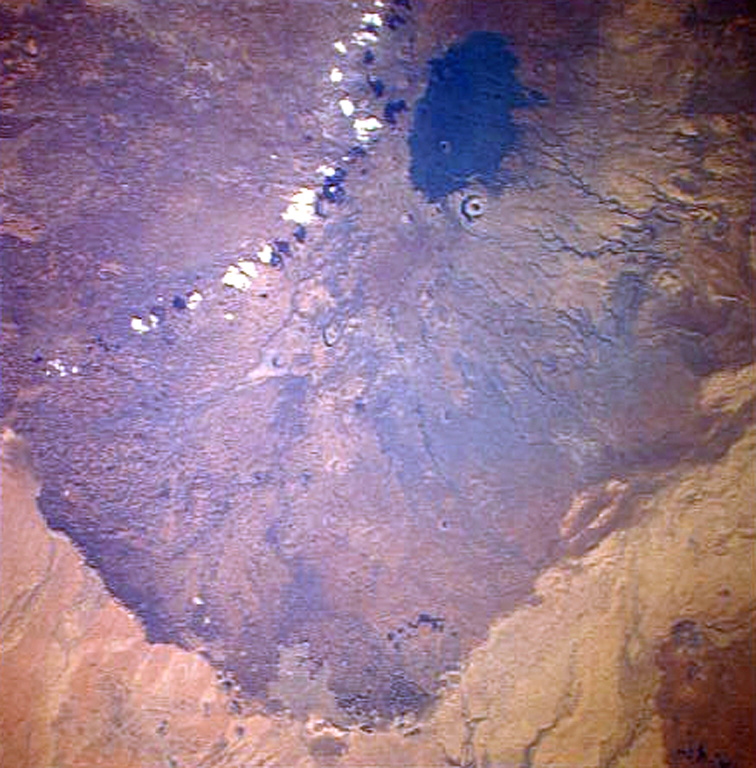 A Space Shuttle perspective shows part of Marsabit, a massive, 6,300 km2 shield volcano located 170 km E of the center of the East African Rift. Its slopes are dotted with 180 cinder cones and 22 maars, such as the prominent circular one below the thickly vegetated summit of the shield volcano. Most of these vents are concentrated along NW- and NE-trending belts cutting across the summit. The youngest lava flows are unvegetated, and the post-shield cinder cones were mapped as Pleistocene to Holocene in age. 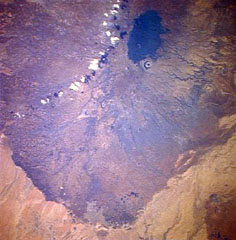