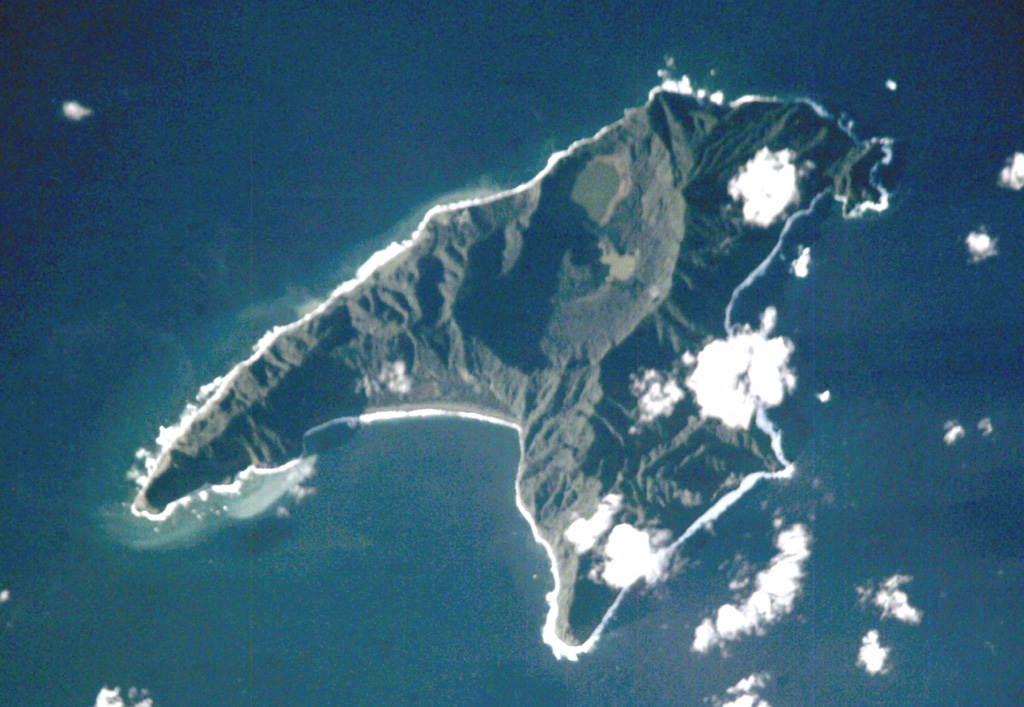 Anvil-shaped Raoul Island is the largest and northernmost of the Kermadec Islands. Two calderas are prominent in this International Space Station view with N to the upper right. The 2.5 x 3.5 km caldera cuts the center of the island, and the E wall of the partially submerged Denham Bay caldera rises above the smooth coastline at the left-center. The 6.5 x 4 km wide Denham Bay caldera formed during a major dacitic explosive eruption about 2,200 years ago, which truncated the W side of the island.