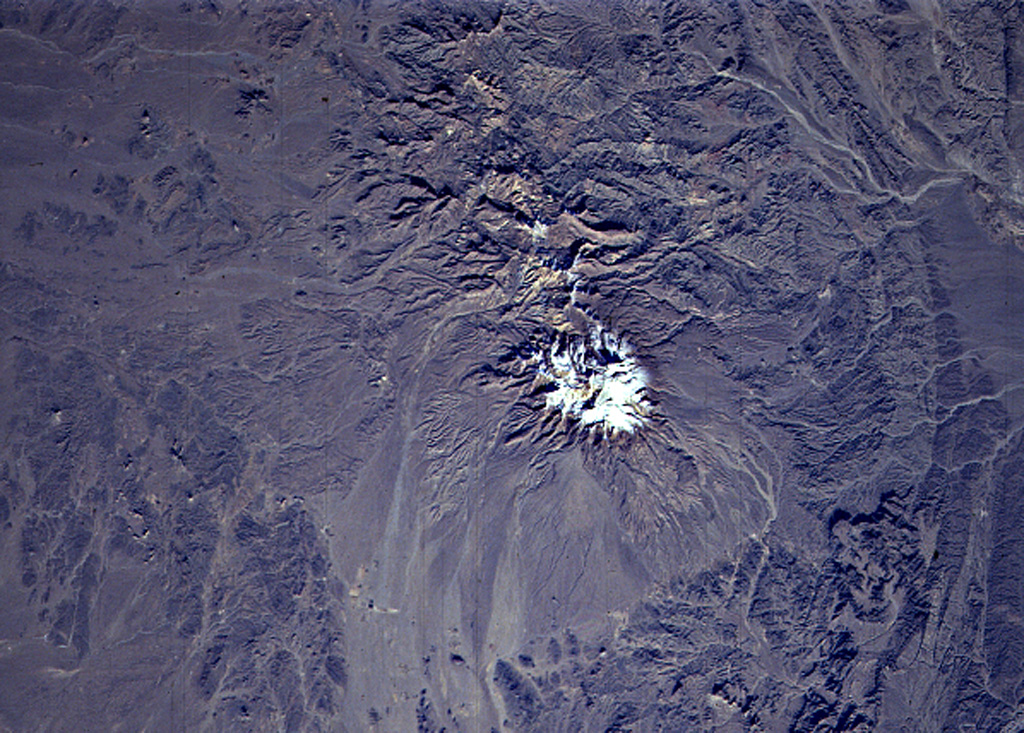 The snow-capped, eroded Taftan volcano in eastern Iran has two prominent summits. It was constructed along a volcanic zone in Beluchistan, SE Iran, that extends into northern Pakistan. The higher SE summit cone is well preserved and has been the source of very visible lava flows. Highly active, sulfur-coated fumaroles occur at the summit of the SE cone. 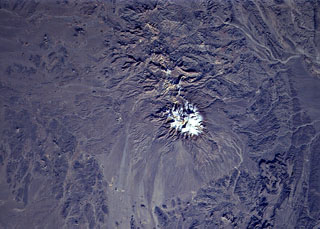