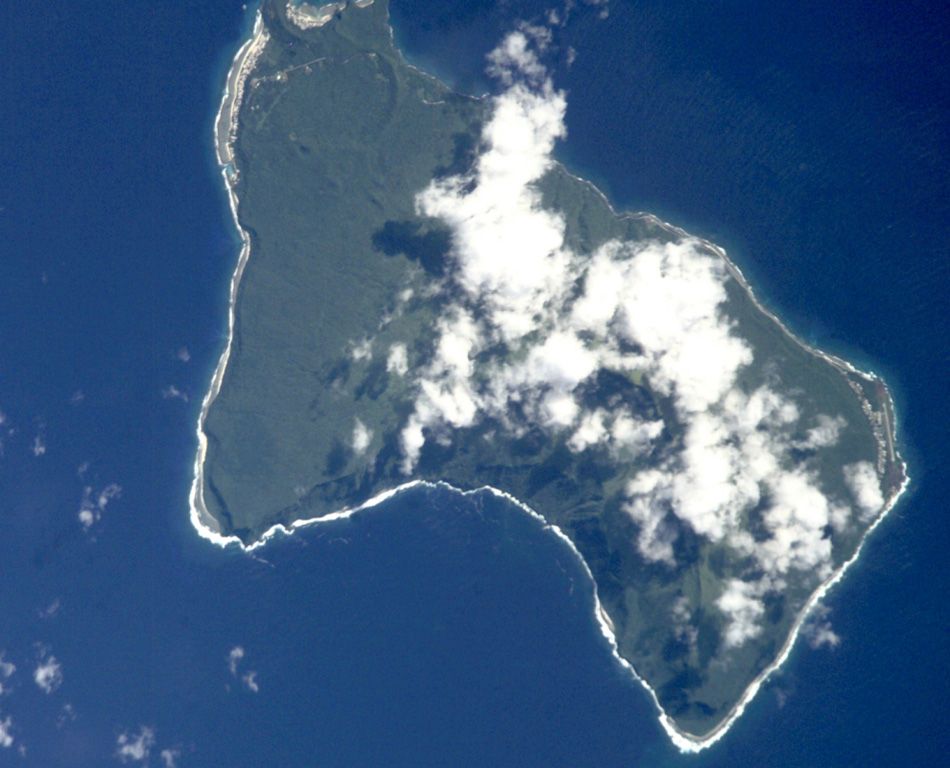 Steep sea cliffs surround the 6 x 10 km Ta'u Island, located at the eastern end of the Samoan islands. The island is the exposed portion of the large Lata shield volcano. Collapse and landslide erosion of the southern portion of the shield volcano have left an arcuate, south-facing embayment (bottom) with a steep headwall. A tuff-cone complex is partially visible at the extreme NW tip of the island (top). The historic village of Fitiiuta lies at the NE tip of the island (far right).