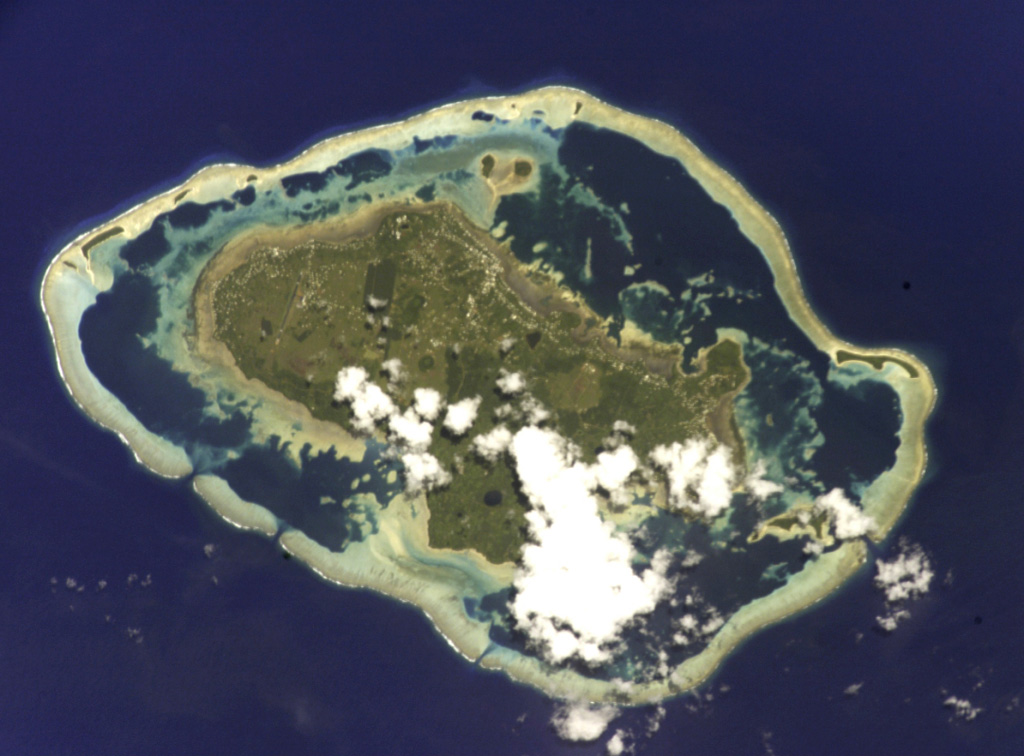 A barrier reef surrounds the Wallis Islands in this International Space Station view (N is to the left). Small explosion craters are visible on the 7 x 14 km Uvea Island. Uvea and the other low forested islands within the barrier reef are formed of flat-lying basaltic lava flows that are cut by explosion craters and capped by tuff cones and the scoria cones. Tuff cones and other features were considered to have been formed during the Pleistocene and Holocene based on morphology. 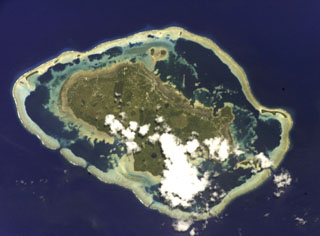