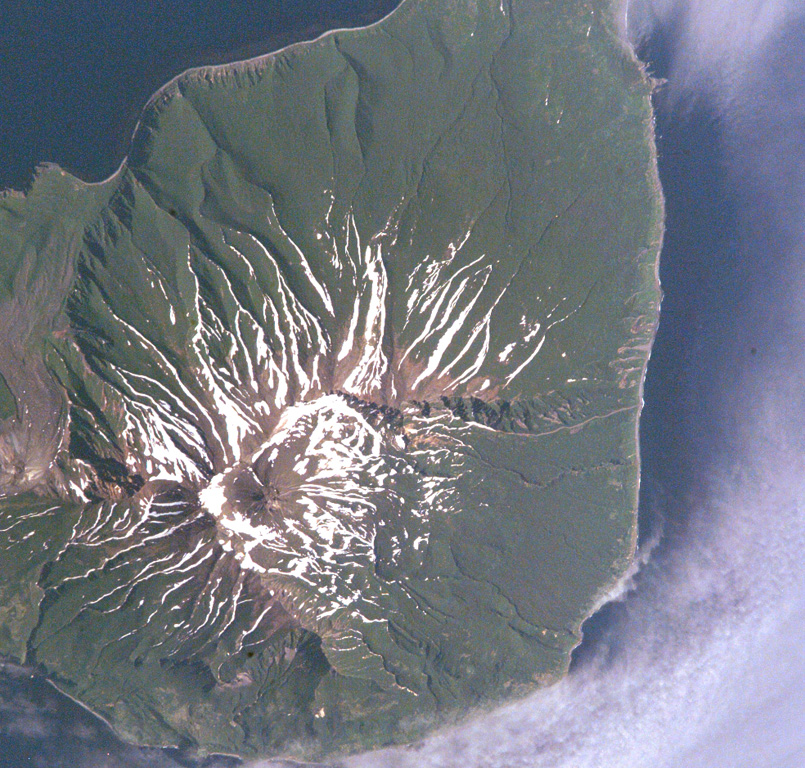 Milne, the southernmost volcano on Simushir Island, lies immediately SE of Goriaschaia volcano (far left) in this International Space Station image (N is to the upper left). The walls of a 3-km-wide Pleistocene crater that opens towards the sea are visible in the lower half of the image. The small, mostly snow-free central cone near the crater headwall contains a lava dome that was constructed during postglacial time and forms the highest point on the island. 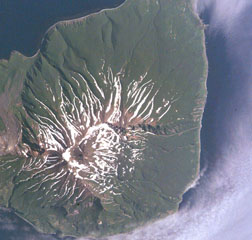