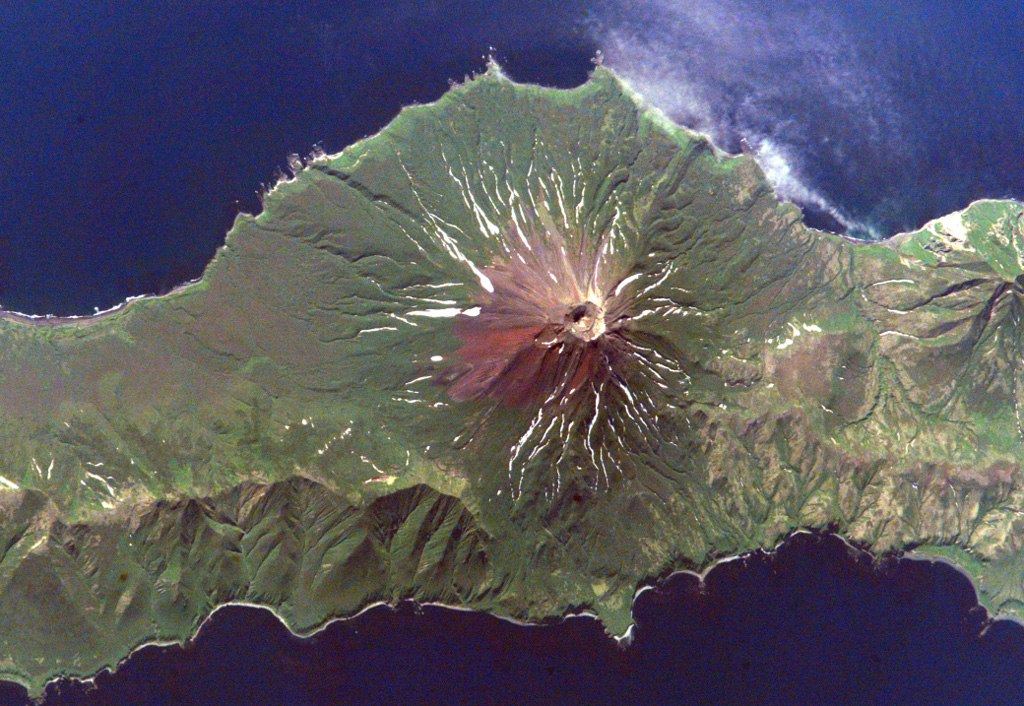 Prevo Peak in central Simushir Island is shown in this Space Shuttle image (N to the lower left) with its 450 x 600 m summit crater and lava flows that reach both coasts. The flanks of the Pleistocene Ikanmikot volcano appear to the far right. 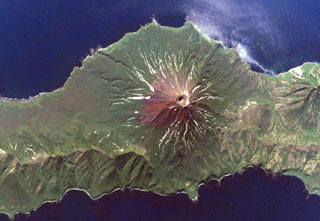