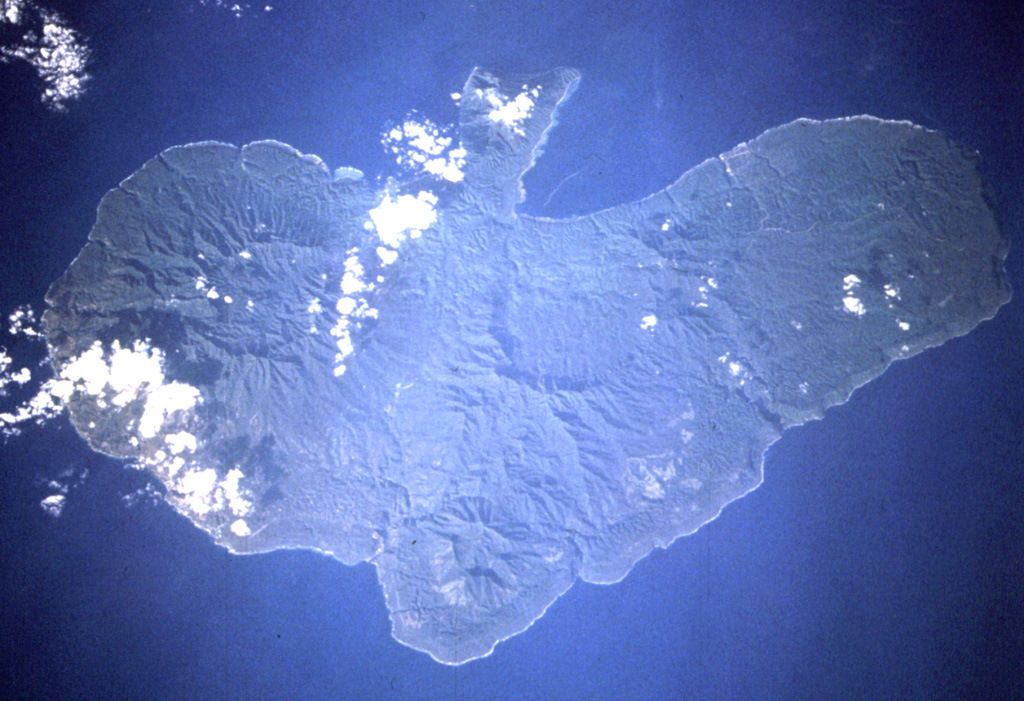 The peninsula at the top of this Space Shuttle image of Erromango Island (N is approximately to the left) is the Traitor's Head Peninsula. Three Holocene cones at Traitor's Head are the youngest on the 50-km-long island. The volcanoes initially formed an offshore island that later joined the mainland through uplift. The only documented activity at Erromango was a submarine vent that erupted in 1881. 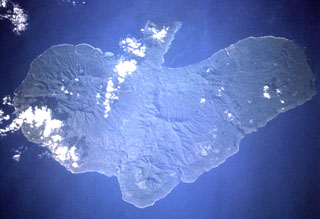