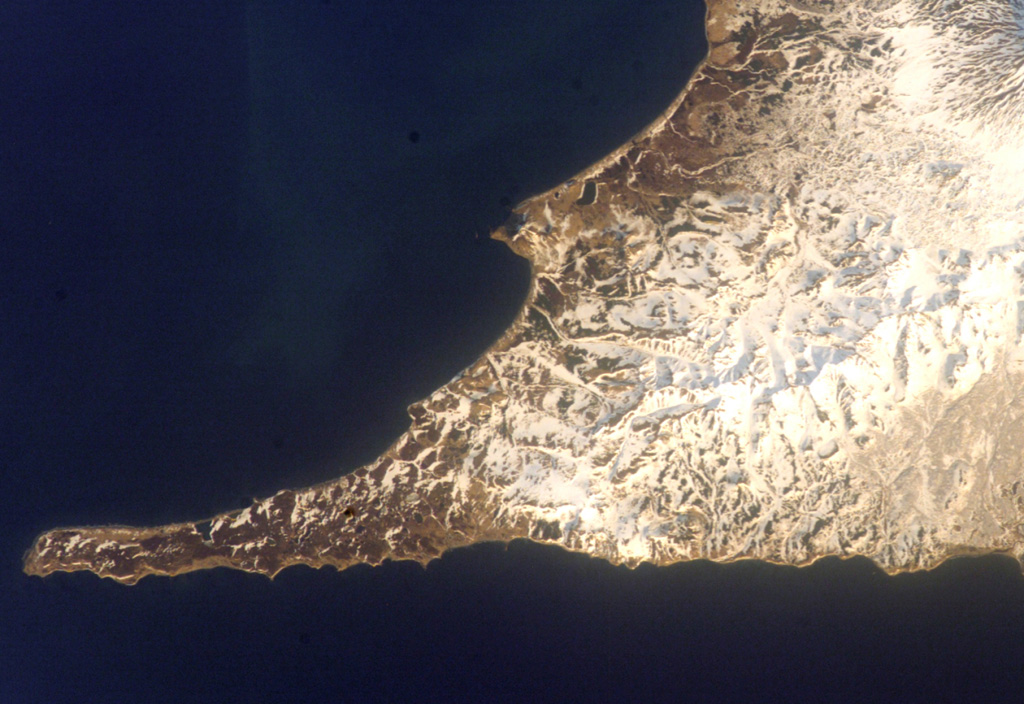 The small peninsula extending into the Sea of Okhotsk just above the center of the image is Mashkovtsev, the southernmost young volcano of Kamchatka. Cape Lopatka, the southern tip of Kamchatka, lies at the end of the narrow SW-pointing peninsula at the lower right in this International Space Station image with the Pacific Ocean at the bottom. Mashkovstev is a small basaltic stratovolcano that has a postglacial summit cone. Two small basaltic cones are located to the north. 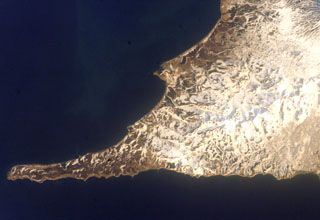