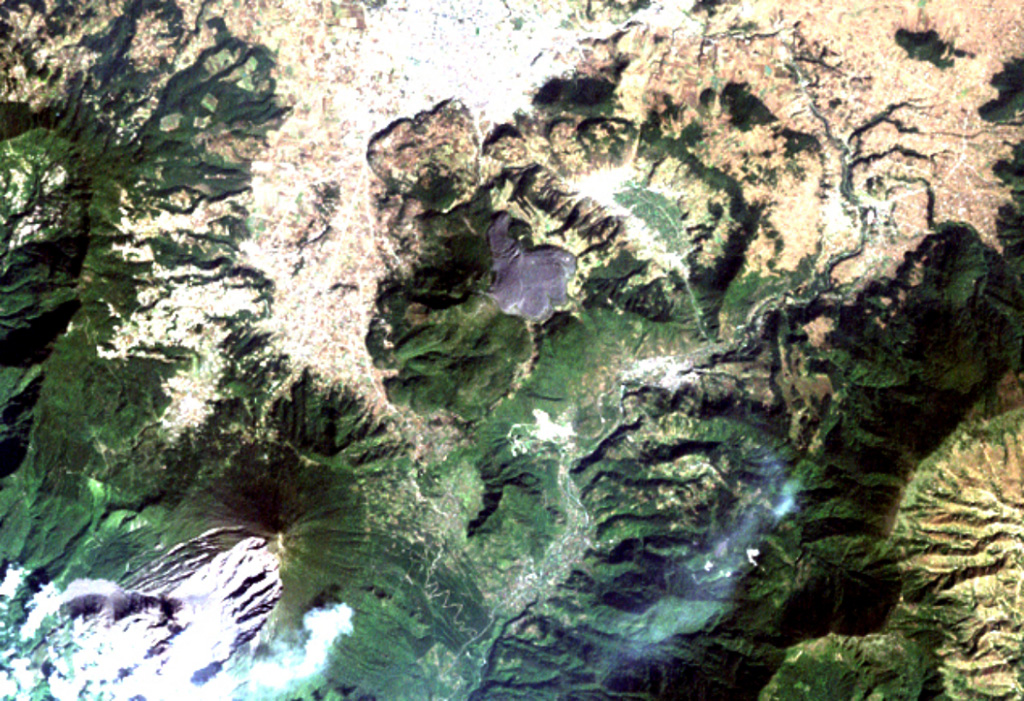 The arcuate area at the top center below the light-colored city of Quetzaltenango is the Almolonga volcanic complex. An arcuate series of lava domes outlines the northern part of the complex, while the unvegetated area to the south is the 1818 lava flow from Cerro Quemado volcano, the youngest of the Almolonga complex. Almolonga is located along the Zunil fault zone, which extends diagonally SW along the Río Samalá (bottom-center). The furrowed 1902 crater of Santa María volcano lies at the lower left.