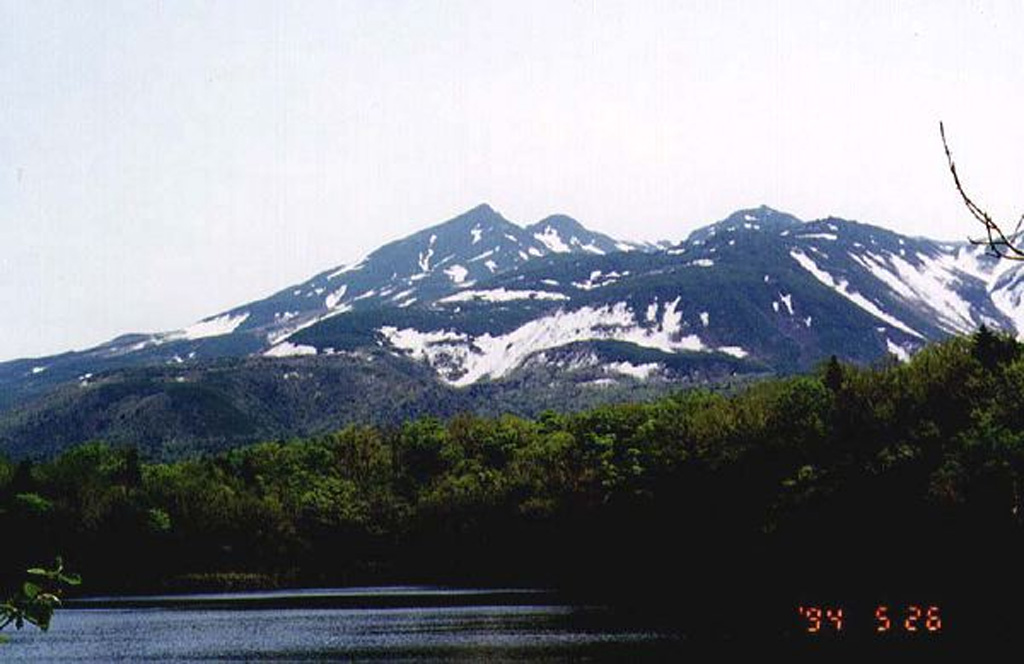 Shiretoko-Iozan is seen here in late spring from the Shiretoko-Goko on the W side of the volcano. It is located at the NE tip of Hokkaido on the Shiretoko Peninsula and is noted for the extrusion of molten sulfur during eruptions in 1889 and 1936. Two large craters at the summit open to the NW. 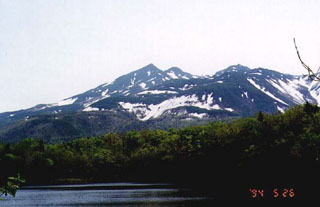