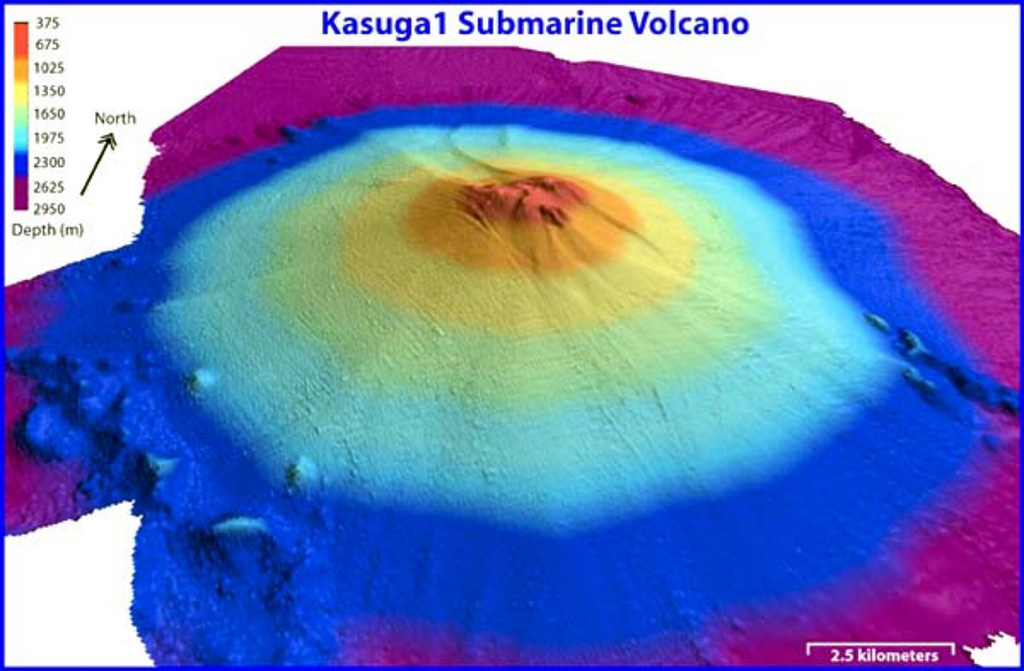 Kasuga, the northernmost of three seamounts in the Kasuga seamount chain (and also known as Kasuga 1), rises to within about 600 m of the sea surface SE of Fukujin submarine volcano. A series of flank vents are located low on the southern side of the edifice. Pumice from a submarine eruption was witnessed in 1959. 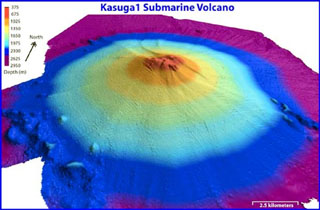