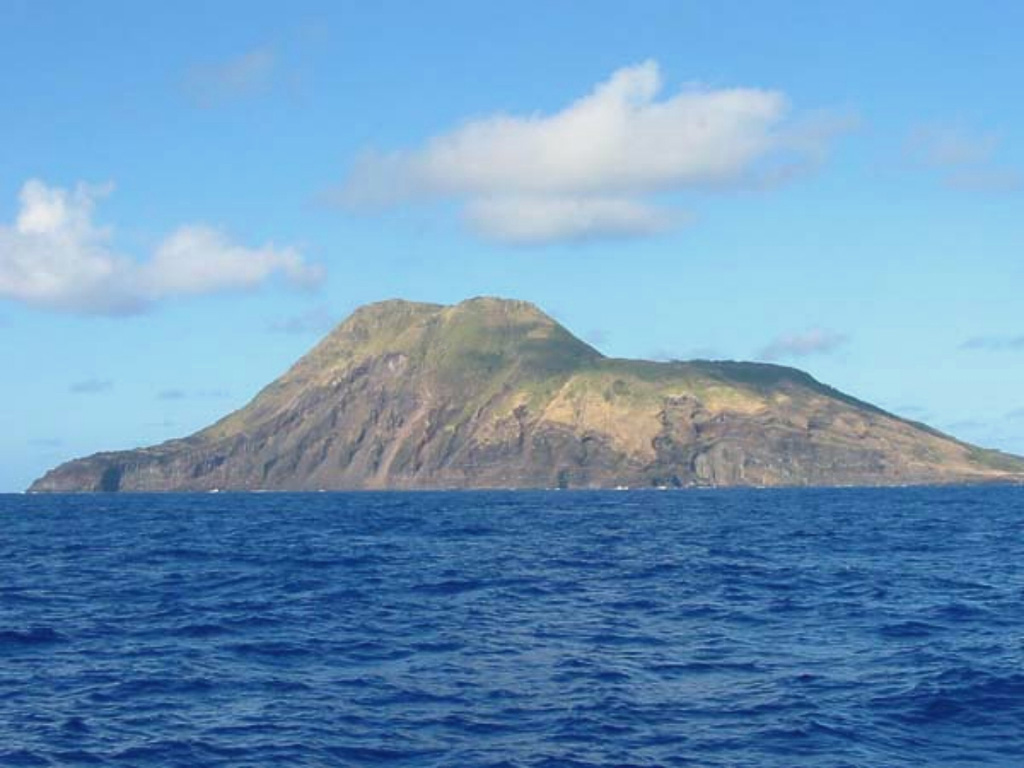 The 3-km-wide Sarigan volcano is seen here from the E during a 2003 NOAA expedition to the Marianas Islands.The cone has a 750-m-wide summit crater that forms the flat area to the right and it contains a small cone. More recent eruptions produced two lava domes from vents on and near the S crater rim, forming the island's high point at the left part of the summit. Holocene lava flows from the dome complex formed the peninsula to the far left.