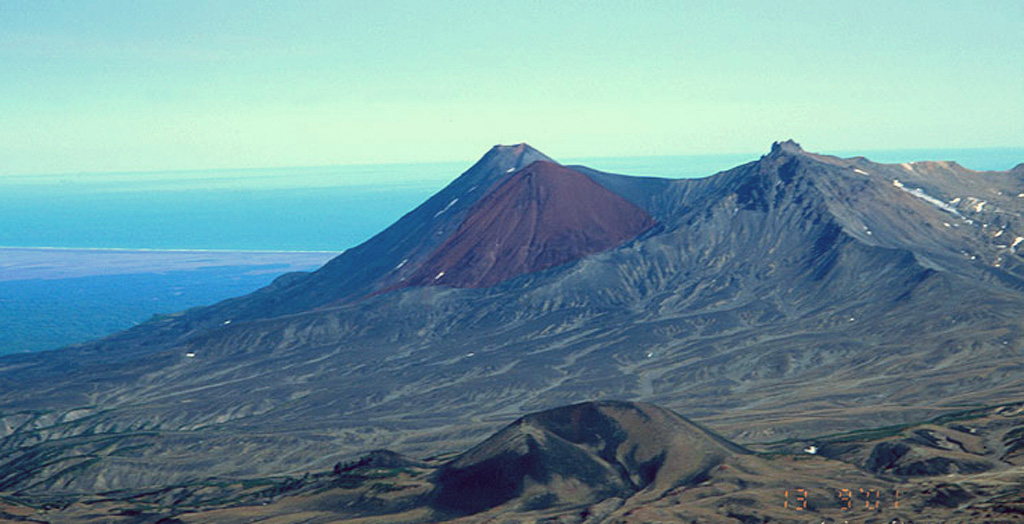 Three Holocene cones of Kikhpinych are seen in this view from the west with the Pacific Ocean in the background. The distinct brown feature in the center is the Krab lava dome that grew on the E flank of Savich (back center), the youngest cone of the complex at about 1,400 years old. The peak at right is the mid-Holocene Zapadny cone. In the foreground is the Duga cone, which erupted about 3,200 years ago and produced lava flows up to 10 km long. 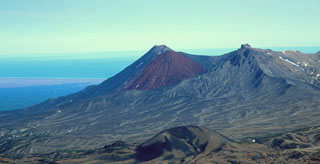