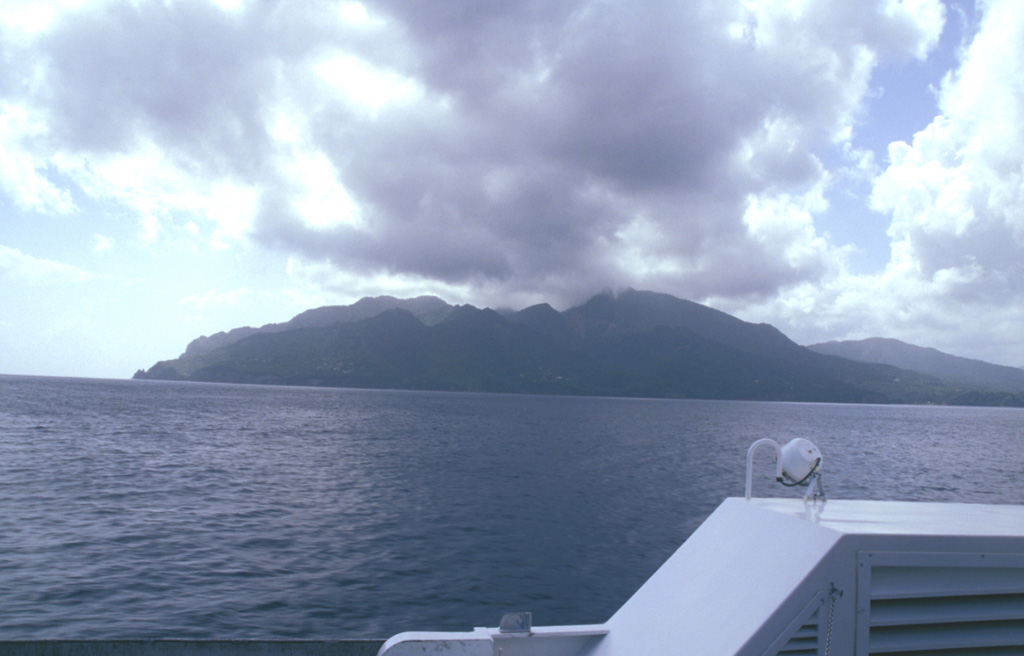 The NW side of Morne aux Diables volcano at the northern tip of Dominica is seen from the hydrofoil ferry between Guadeloupe and Dominica. Lava domes are prominent on the 681-m-high volcano, both at the summit and its flanks. Bathymetry reveals evidence for a twin-peaked lava dome about 5 km off the NW coast that reaches to within 153 m of the sea surface. Both domes, known informally as Twin Peaks, rise more than 1000 m above the sea floor. 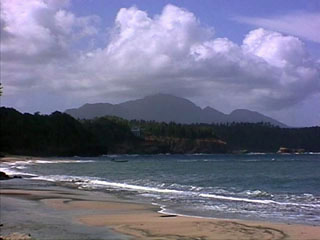